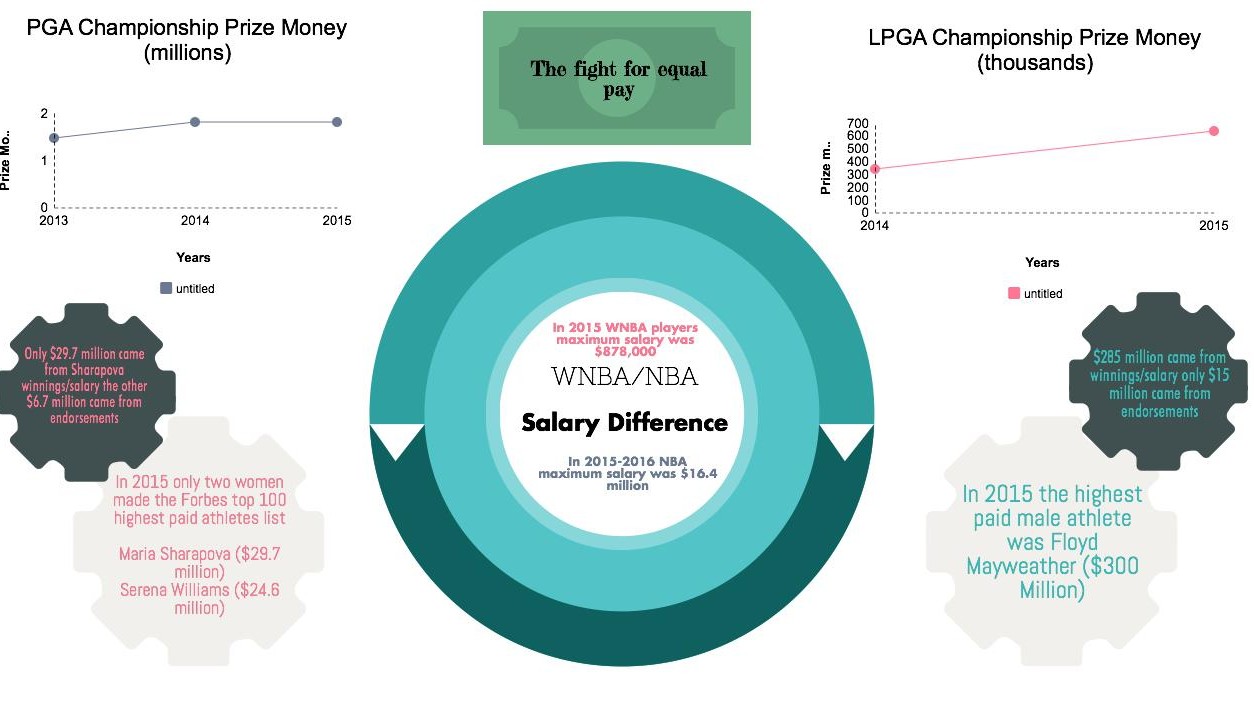 The fight for equal pay

Cristiano Ronaldo collected over $79 million according to Forbes, shooting him up to the third highest paid athlete in the world. Abby Wambach managed to make an estimated mere 190,000, according to TIME. They’re included in the over 30 percent of professional sports refusing to move forward from gender-based inequality in wages, according to The Guardian. It’s no wonder women are still being paid less than men. Wage gap justifiers of the wage gap defend the issue by arguing women’s sports aren’t as popular as men’s according to ThinkProgress. In 2015, the U.S. Women’s National Soccer team won the World Cup for the third time. According to CNBC, more than 25 million people watched the championship match, making it the most watched soccer game in US history. Quite the achievement, considering ESPN’s SportsCenter airs only 2 percent of women’s sports, according to ThinkProgress.

Regardless, some professional female soccer players must retire and find different occupations because they are unable to make a living with the pay they’re receiving. According to the MMQB most players in the NFL usually only retire when their services are no longer needed. FIFA is not the only male-dominated league where women are struggling to break into. In the WNBA, it’s not uncommon for women to travel overseas to countries like China or Hungary to earn a fraction of what some NBA players are making. Today, celebrities like Jennifer Lawrence and athletes like Carli Lloyd are voicing their dissatisfactions with the wage gap to support the fight for equal pay.