The girls’ varsity basketball team made history in Kirkwood, traveling down to play in the Final Four state game at the Mizzou Arena in Columbia, MO, March 17, 2016. They played Francis Howell North, winning 66-55, advancing to the state championship game vs. Kickapoo March 19 at 2:40pm. Kirkwood lost the state title 63-53 to Kickapoo, placing 2nd in the state. 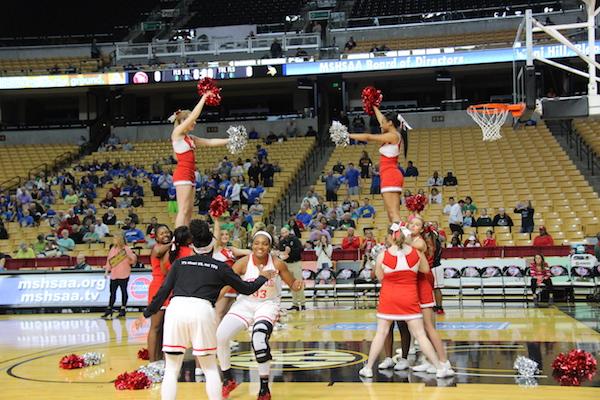