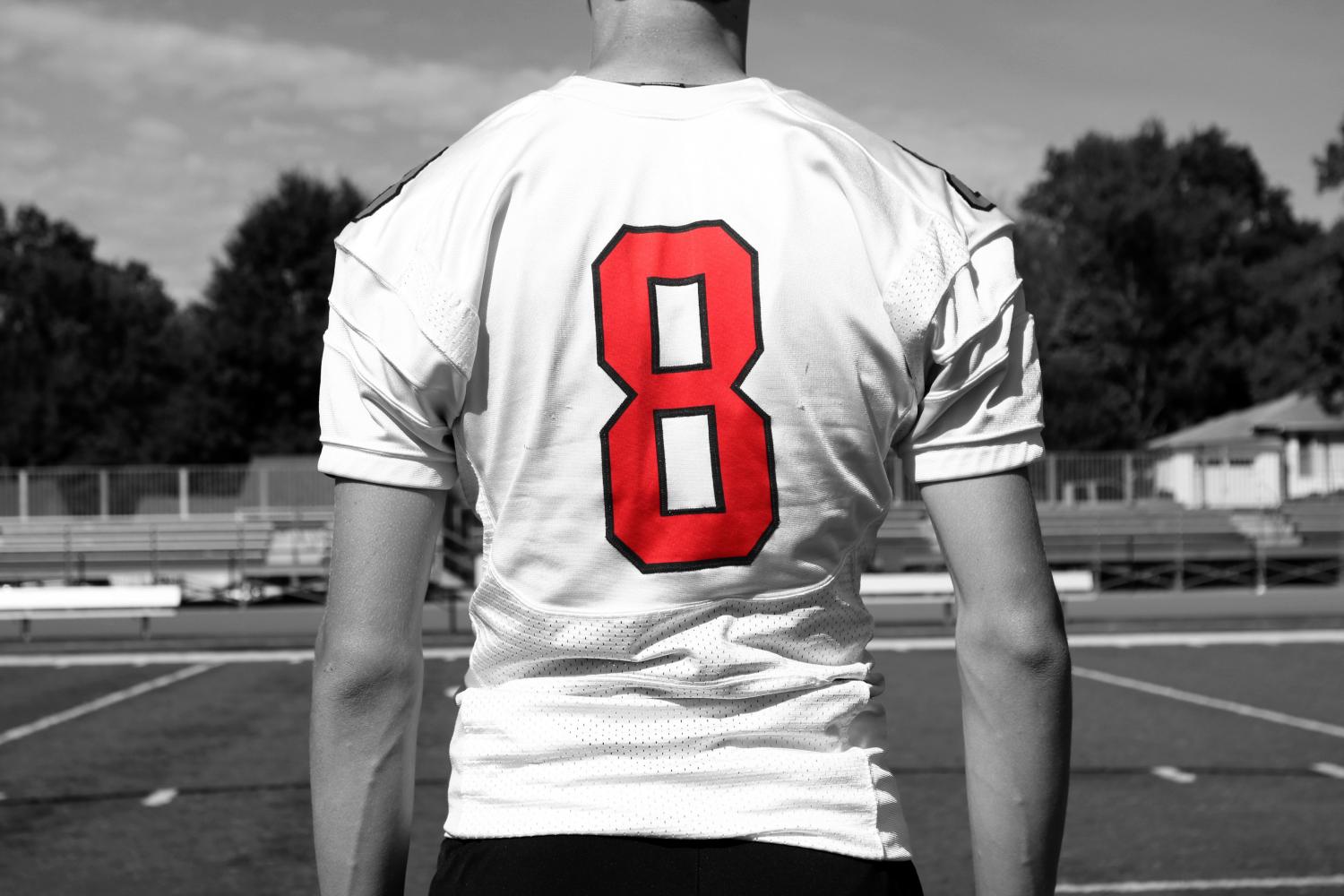 Ryan Kraichely had every reason to quit football. He battled a recurring injury for nearly half his KHS career. But he didn’t quit. And now is his time to quarterback the Pioneers.

Kraichely, senior, made the varsity roster leading into his sophomore year, the 2015 season, backup to future state-champ Reece Goddard. Soon after, Kraichely began to feel a cramp in his lower back. He thought it was merely his muscles tightening from the repeated twisting of throwing. Ibuprofen, stretches and icing after practice were implemented as routine for such injuries. He tried to continue playing; however, throwing began to weaken and passes were missing their mark. The annoyance he believed to be a cramp was in reality a pars L-5 stress fracture: a lower back injury that would require physical therapy.

After his diagnosis, Kraichely was forced to wait three months to begin his physical therapy. Following the wait period, Kraichely began to try and regain his strength and mobility. After his sophomore year, Kraichely stopped going to physical therapy because it was expensive. The stoppage weakened his back again, causing him re-injure it his junior year. Head coach Farrell Shelton sympathized with Kraichely, saying if there was a player to quit, Kraichely had all the reasons laid out.

“It was hard to see him have to go through that,” Tyriek Lewis, senior and close friend of Kraichely, said. “So far this year, he’s already balled out, and I cannot wait to see what else he can do.”

In the 2016 Turkey Day game, Kraichely started the game watching from the sidelines, but did not end it there. After a tough blow to the shoulder near the end of the half, Goddard came off the field, and stayed there for the rest of the game. His collarbone was broken. Kraichely was called on to take over. Soon after being put in, he connected with Travion Mosby, junior, for a 20-yard score.

Kraichely finished the game with one touchdown, throwing for 75 yards, leading the Pioneers to victory, 17-6. The first ever state championship/turkey day win by either the Kirkwood or Webster varsity team. The last game of the year, headlined by a taste of what’s to come.

“Turkey Day is always a pressure filled game, especially after winning a state championship,” Kraichely said. “It gave me a good taste of what this year would be like.”

Going into the 2017 season Kraichely was named the starter for the defending Class 6 state champions. In the season opener against Chaminade, and his first true start as a varsity quarterback, he threw for 167 yards, with a touchdown and an interception. Kraichely then collected another victory, against Jefferson City in a stellar performance, compiling 280 yards and three touchdowns in the Pioneers’ home opener to keep the team undefeated. The streak did not last, as the Pioneers dropped their fourth game of the season to Pattonville High School 41-35.