The forgotten stars of the Negro Leagues 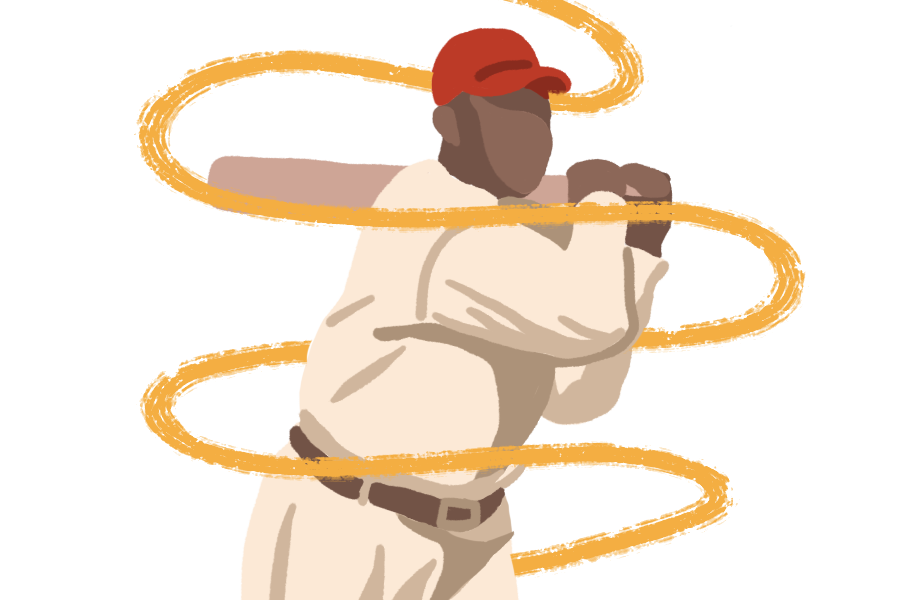 The St. Louis Cardinals and Kansas City Royals looked a little different as they took the field for their Sep. 22 game at Kauffman Stadium. St. Louis dressed in blue, while the Royals sported red caps and jerseys with red letters and numbers. That evening, the Royals and Cardinals were honoring the 100th anniversary of the Negro Leagues, wearing the uniforms of the Kansas City Monarchs and the St. Louis Stars, respectively. Kansas City is the birthplace of the Negro Leagues and the home of the Negro Leagues Baseball Museum. There, baseball fans remember the Kansas City Monarchs as royalty. They keep the legacies of Monarchs greats like Buck O’Neil, Satchel Paige and Jackie Robinson alive. However, across the state in St. Louis, the memory of the rich Negro League history in the city has faded, as it has in countless cities across America. Yet the story of Negro League baseball is important as ever. After all, its story is not one of oppression, but rather a triumph over oppression. To honor that legacy, below is a list of 10 forgotten Negro League stars who every baseball fan should know.

Rube Foster
Foster was a dominant pitcher for the first decade of the 20th century where he accumulated 487 strikeouts in only 122 recorded games pitched and 108 recorded games started. He was, however, more important off the field, where he founded and managed the Chicago American Giants. He joined six other owners of Negro League teams and founded the “Negro National League,” which was the first long-lasting organized league for Black ballplayers. He is known to many as the “father of Black baseball” for his contributions to the Negro Leagues and its players. He was inducted into the Hall of Fame in 1981.

Pete Hill
Hill was perhaps the first star of Blackbaseball, starting his career in 1904 and playing 22 seasons, primarily for the Chicago American Giants. Hill was one of the finest hitters and baserunners of his era, posting a .324 career batting average and stealing an average of 43 bases each year. These tools, combined with his rocket arm from the outfield, made him a favorite of Negro League founder Rube Foster, who made sure to include Hill on most of his rosters. He was inducted into the Baseball Hall of Fame in 2006.

Monte Irvin
Irvin started his career with the Newark Eagles, where he played multiple positions including shortstop, third base and center field. Irvin became truly prolific with his bat in his third season with the Eagles in 1940, batting .371 with an OPS over 1.000. After the 1942 season, Irvin was drafted into the United States military to fight in World War II, where he saw action in the famous “Battle of the Bulge” (the last great German offensive in WW2). After returning home in 1945, Irvin suited up for the Newark Eagles once again, eventually leading them to the Negro League World Series in the same year, defeating the Kansas City Monarchs. In 1949, Irvin signed with the New York Giants of the MLB where he was an All-Star and helped lead the team to the 1951 World Series championship. He was inducted into the Hall of Fame in 1973.

Judy Johnson
Johnson played for five different Negro League teams during his 17-year career, but the majority of his career was spent with the Hilldale Club. He was only 155 pounds and never hit many home runs, only 39 in his entire career with some being inside the park. Johnson had a knack for the art of making contact; he was a player who hit for a very high average and used how the defense was playing to his advantage. Still, Johnson was even more famous for his glove at third base, where he is considered the greatest Negro Leagues third basemen of all time. Hall of Fame manager Connie Mack once said Johnson could “write his own price” on a Major League contract if he were white. He was inducted into the Hall of Fame in 1975.

Bullet Rogan
Standing at only 5’7,” not many would believe Rogan would be able to hit with any authority or pitch with any velocity — yet Bullet could do both. Hitting .335 for his career and posting a 2.64 earned run average (ERA), Rogan was perhaps the greatest two-way player in baseball history. He played nearly his entire career for the Kansas City Monarchs as a pitcher and outfielder, helping them win five league championships. “[Rogan] was the only pitcher I ever saw . . . pitching and hitting in the cleanup place,” Hall of Famer Satchel Paige, fellow Monarchs pitcher, said. He was inducted into the Baseball Hall of Fame in 1998.

Turkey Stearnes
Like Rogan, Norman Stearnes did not look much like a natural baseball player. His batting stance was off-balance, and his running style looked so bird-like it earned him his signature nickname. In spite of his unorthodox mechanics, Stearnes was one of baseball history’s truest five-tool players. Playing 18 years, half of which for the Detroit Stars, Stearnes hit .348, averaging 30 home runs and 25 stolen bases each year, all while garnering a reputation as one of the best defensive center fielders. According to Paige, Stearnes was “as good as anybody who ever played ball.” He was inducted into the Hall of Fame in 2000.

Mule Suttles
Swinging a 50-ounce bat, Suttles provided the power in the heart of the St. Louis Stars’ batting order in the 1920s and 1930s. With the Stars, Suttles won three league championships, and later went on to play with the “million dollar infield” of the Newark Eagles. Playing first base and outfield, most regard him as one of the greatest hitters of the Negro Leagues, batting .338 and averaging 31 home runs per season, many of which were of the tape-measure variety. He was inducted into the Hall of Fame in 2006.

Willie Wells
While playing in the Mexican League, Wells became known as “El Diablo” for his supernatural defensive abilities at shortstop. But Wells could also hit, batting .327 in a career in which he spent eight seasons with the St. Louis Stars. He teamed up with Suttles and Cool Papa Bell to help the Stars to league championships in 1928, 1930, and 1931. Wells is “the kind of player you always wanted on your team,” Hall of Fame Detroit Tiger Charlie Gehringer said. “He played with everything he had.” Wells was inducted into the Hall of Fame in 1997.

Joe Williams
Williams was a starting pitcher who played a total of 26 years in the Negro Leagues. He played for 11 teams and amassed over 1,500 strikeouts, as well as posting a 2.45 career ERA and a 126-71 career record. After joining the Homestead Grays in 1925, he became known as “Smokey Joe,” previously having gone by the nickname “Cyclone Joe” while playing for the New York Lincoln Giants from 1911-1923. In one of his most famous games, Williams struck out 27 Kansas City Monarchs en route to a 1-0 victory for the Homestead Grays in 1930, at the age of 44. He was inducted into the Hall of Fame in 1999.

Jud Wilson
Wilson was a career .359 hitter across 24 professional seasons in the Negro Leagues, good enough for second all-time in Negro League history, right behind the great Josh Gibson. He earned the nickname “Boojum,” for the sound his hits made after they hit the outfield wall. He hit over .400 five times in his lengthy career. Wilson even served in the U.S. military during World War I, and afterwards played the rest of his professional career. He was inducted into the Hall of Fame in 2006.