The drafting guide for Fantasy Football 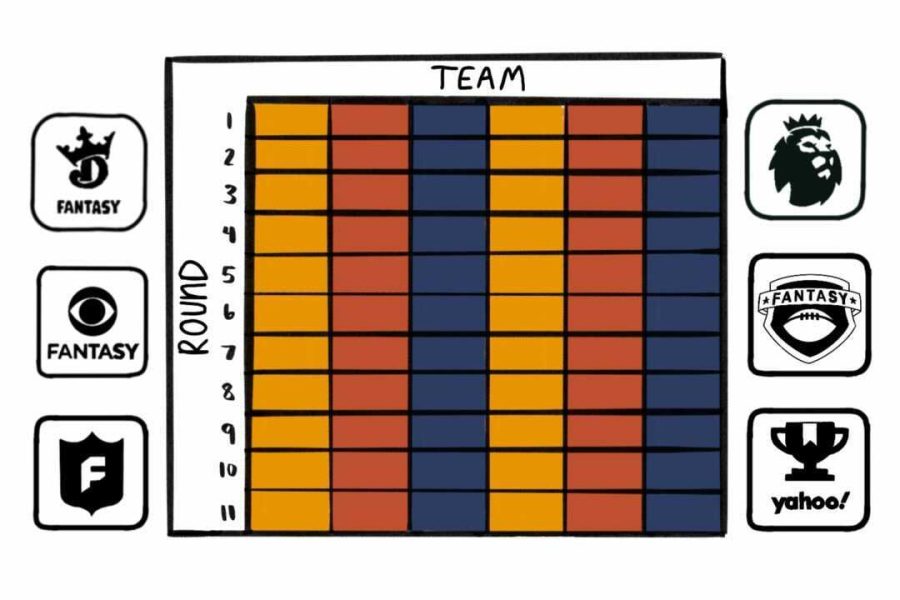 All the magic in fantasy football is done in the draft.

In 1962, Bill Winkenbach, co owner of the Oakland Raiders at the time, sat down with a couple of friends and proposed an idea that would change how we see the game of football forever. The first ever fantasy football league (GOPPPL) was born. From then on, fantasy football grew in popularity each decade leading into the late 1990s. At this point leagues went from paper to online.

In 2008, Yahoo launched the first fantasy sports app, called the Yahoo Fantasy App which gave players the ability to manage their teams, receive player news and make roster changes at any time. This was a big deal for fantasy because now almost anyone who wanted to play had access and could put together a league in minutes. Now fantasy football has become a nationwide phenomenon as it’s become a staple for football fans every fall season. But every fantasy football manager needs a plan to win. Here is a guide that will help you best your friends this season and in seasons to come.

Tip #1: Draft a running back as early as possible

Drafting good running backs (RB) early in your draft is important. In today’s NFL, it is hard to find a good RB who will give you strong production. Drafting a top RB like Christian McCaffrey, Derrick Henry or Dalvin Cook with your first pick already gives you that production. Lots of running backs will be off the draft board by the time you get to the 3rd round so make it a priority to get a good one ASAP in your draft.

Tip #2: Be patient when drafting a quarterback

Drafting a quarterback (QB) isn’t everything. Seeing Patrick Mahomes and Tom Brady on your draft board may be enticing, but making an early selection at QB isn’t necessarily the smartest move to make. Since there are many options to choose from at QB, you can still snag a great quarterback in later rounds without missing opportunities to build up your team in different areas. I personally believe the third and fifth rounds are perfect to make a QB selection since more likely than not someone like Ryan Tannehill, Justin Herbert or Kyler Murray will still be on the board.

When it comes to drafting wide receivers (WR), you have a good amount of flexibility. Obviously you want to grab a top receiver early in your draft who can go hand-in-hand with your top running back in terms of production. However, do your research and be strategic with how you draft the rest of your receivers since there are many options available to choose from. If you are unsure how to utilize your receivers, follow the match-up each week and start the WR’s that are setup to have strong performances so don’t be afraid to mess with your lineup.

One position that is deeper with options now than in previous years is tight end (TE). Top TE’s to look for are Mark Andrews, George Kittle, Darren Waller and Travis Kelce, but there are also some breakout or sleeper picks like T.J. Hockenson, Kyle Pitts and Dallas Goedert that you should keep an eye on. So if you feel like it’s a good time to grab a TE in the middle rounds, go with your gut on that draft pick.

Tip #5: Draft a solid bench before grabbing a defense and kicker

With your starting lineup set, make sure you have a strong bench with backup options for your QB, RB’s, WR’s, and TE so you can make easy fixes to your lineup if needed. Defenses may sound important, but in reality unless the defense you’ve drafted is elite enough to throw into your lineup every week, like the Rams, you can switch up that position each week if certain matchups look good. Kicker should generally be the last position you draft since this position is expendable and you can easily waive your kicker if he doesn’t perform well.