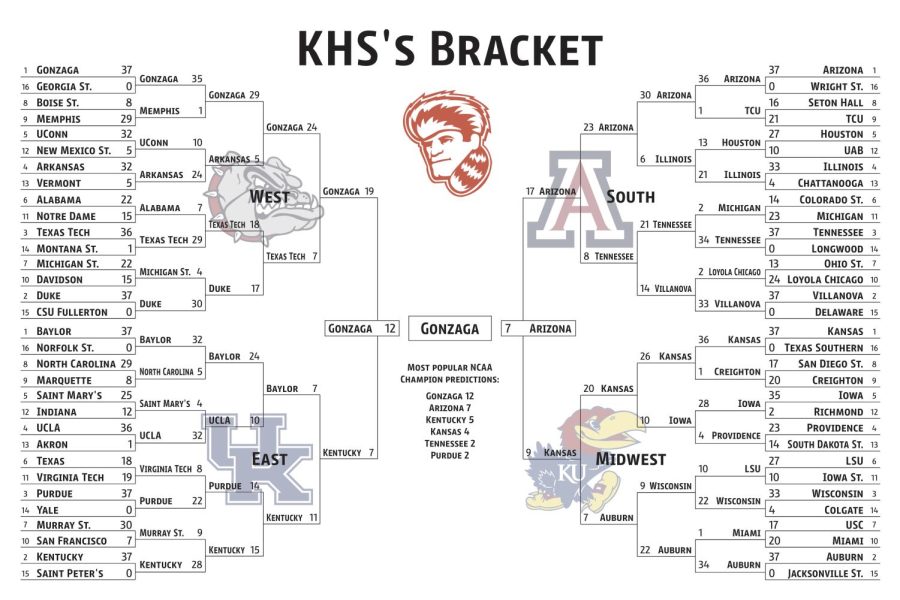 Every March, hardcore and casual basketball fans alike see their NCAA Basketball Tournament brackets crumble as the inevitable upsets occur. Personally, I watched quite a bit of college basketball this year, and my bracket had Kentucky over Tennessee in the national championship game. Neither of those teams made it past the second round.

KHS students submitted their picks to Pep Nation’s Bracket Challenge through the NCAA March Madness Live app, and they are compiled here to make “KHS’s bracket.” The bracket challenge had 37 submissions, and the most popular picks for each game are reflected on the bracket below.

Note: The larger numbers to the sides of each college name are the amount of picks out of the 37 brackets to win that matchup. Only the first round games are guaranteed to have 37 total predictions to match the amount of brackets. All later games may have fewer than 37 total between the two teams shown because there were more than those two potential winners of that game.