Athlete Of The Week: Catie Harding 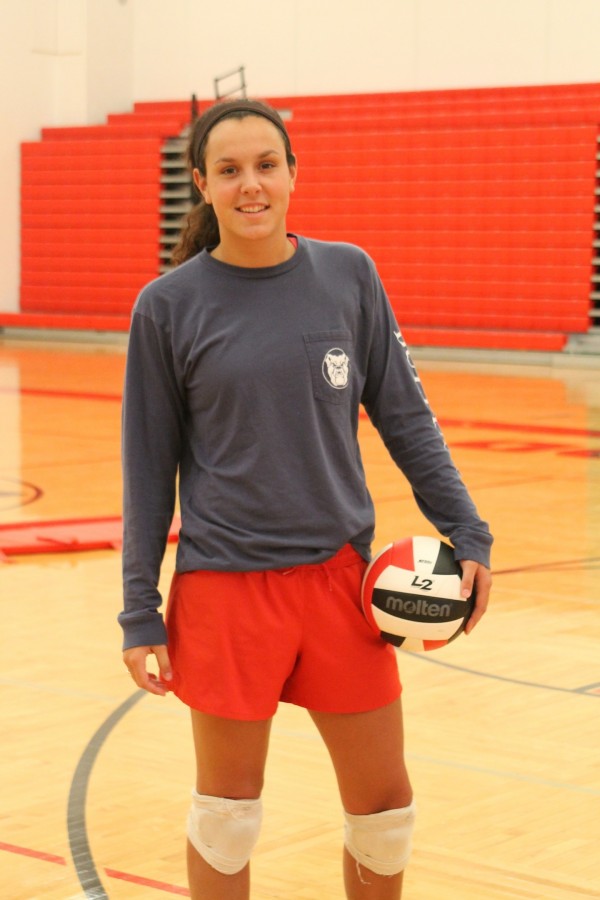 Senior volleyball player and captain Catie Harding, committed to Rider University, a 4,000 student campus located on the east coast in Lawrence Township, New Jersey this week. Her commitment to Rider was easy to make, although the distance from home scared her at first.

“The distance freaked me out because its miles and miles away,” Harding, senior, said. “But after visiting the campus, I realized that the volleyball program was exactly what I was looking for.”

Other colleges were interested in Harding, including Central Michigan University, Southern Illinois University- Carbondale and Rockhurst University. Harding chose Rider because of its tight-knit volleyball team.

“The girls are so sarcastic and funny,” Harding said. “The season has just started for the team this year and they already are one big family. It made me want to be part of it next year.”

Harding has played volleyball since third grade, competitively since freshman year and played varsity volleyball all four years at KHS. Coming into freshman year, Harding did not know anyone since she transferred from a private school. When summer camps started the summer going into her first year of high school, Harding met several friends, including her best friend and co-captain, Gabby Cornado, senior.

“She is the best co-captain anybody could wish for,” Cornado said. She brings a lot of positive energy to the team and makes people want to be better as a person and a player as well.”

According to Cornado, the team benefits because of her positivity when anyone is ever down on the team, she immediately brightens up the mood.

“[Harding] is the best role model a girl could have,” Cornado said. “On the team, I couldn’t ask for a better co-captain because of her constant work effort and her ability to make everyone around her happy and positive. There is no doubt about it; Rider is lucky to have her.”