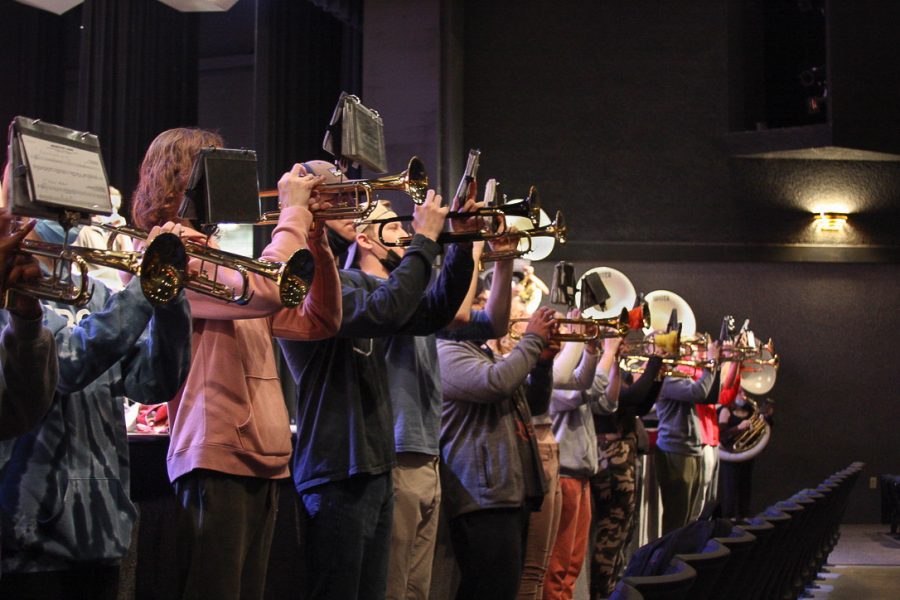 Turkey Day: Band is back

Last year, the Pioneer Pride Marching Band couldn’t perform. This year, they’re back and ready to take on Turkey Day.

When the crowd hears the band perform “Underdog” by Alicia Keys, they see Jocelin Murray, freshman, belting the lyrics of the first half of the song alongside the ensemble. This is a new sight: Murray is the Pioneer Pride Marching Band’s first ever vocalist.

Murray learned about the singing role while she was still in eighth grade. She had to audition and compete against band members of all ages for the position.

“I’m pretty confident when it comes to singing or theater,” Murray said. “But when I auditioned [to be the band’s vocalist], it was my first audition for anything in a while, so I was really nervous that time. I didn’t think I did well, but I ended up getting the part.”

Murray said music has been a part of her life forever and she has been singing her whole life. She’s also an award-winning songwriter.

“I’ve been screaming songs in the car with my dad and singing in church my whole life.”

“I’ve been screaming songs in the car with my dad and singing in church my whole life,” Murray said. “I [also] just started songwriting two years ago. I won second place in a songwriting competition at Mizzou.”

Despite this experience, Murray said she had no idea what she was doing on the first day of band camp. After all, this is the first time she would join the ensemble and sing in front of her bandmates.

“My first day of band camp, everything was new to me,” Murray said. “They handed me the mic and said, ‘Go.’ I didn’t know what I was doing, [but] I think I got a really good reaction from everyone.”

Murray has been practicing her song in class and has performed with the band at every home game. Still, she said Turkey Day feels more important than a regular football game.

“I’m actually really nervous [to perform on Turkey Day],” Murray said. [The audiences at] the football games are the biggest crowd I’ve ever sang in front of, and the Turkey Day crowd is going to be really big.”

When the 2021 Pioneer Pride Marching Band performed for the first time all together in-person, Emma Trask, senior band president and tenor-sax section leader, said the energy was unmatched. The relationships she formed with her bandmates, she said, are what make all the effort worth it.

“It was really exciting when we first got to perform together [back in-person],” Trask said. “ I could tell that everyone was excited, and everyone I talked to was saying how they missed being able to perform together. It was a great feeling to have all of that come back.”

But the group did have setbacks. Because the band was unable to perform in-person all of last year, Trask said a lot of the members were unfamiliar with many crucial concepts.

“COVID definitely had a really big impact on the band, because we had two grades that were behind,” Trask said. “We had to have a whole other session added to band camp for new marchers.”

Despite this, Trask said the KHS band is more than prepared to take on the Turkey Day game. She said she is confident there won’t have any issues and that they are excited to entertain the community.

“We didn’t finish learning our drill for the last home game,” Trask said. “But now we have time to learn it, so we will be able to perform the full show for the first time on Turkey Day. I am really looking forward to it. It’ll be so nice to put everything all together.”

After the band is finished performing, Trask said she will miss the people the most. The people who, she said, can sometimes be misunderstood.

“Band has been such a good way to make strong, healthy relationships with people,” Trask said. “Sometimes I feel like people think of us as band kids, band nerds. But it’s so much more than that. It’s such a great group of people and we get to do so many cool things together, and I don’t think people quite understand what it’s like to experience any of that.”

As a drum major, Carter Bowman, senior, is responsible for conducting the band during performances. Behind the curtain, he makes sure everybody is on task, teaches concepts and acts as a leader for his peers.

“Being a leader allows me to connect with everybody in the band,” Bowman said. “The band is a fun group of people. They’ll take any situation and turn it into a fun time.”

The band began practicing together during band camp, a two-week program held before the school year begins. This was the first time the entire band played in-person since the beginning of the pandemic.

“[On] the first day of band camp this year, I could tell a lot of people were excited to be back,” Bowman said. “We hadn’t [performed together] in quite a long time, and I could tell the energy was pretty high.”

Since then, Bowman said the band has been working hard to catch up on all they missed during COVID-19 and prepare for each performance. Now, he said, they’re ready for Turkey Day.

“It’s an amazing experience, playing for the community– you can’t have a community like [Kirkwood] anywhere else.”

“Every day we’re working hard in class and learning our stuff,” Bowman said. “We are definitely prepared. I’m confident everybody will do their best and we’re going to do great.”

Because he feels the band is prepared, Bowman said he doesn’t get nervous before performances. But, just in case his bandmates do, Bowman has a message for them.

“The band is there to hype other people up,” Bowman said. “It’s meant to bring energy into the stadium [and] make people excited. Having that attitude within the band spreads that attitude to everybody in the area. If we have a fun time and are excited and enthusiastic and have as much fun as we can, everybody else will feel the same. It’s an amazing experience, playing for the community– you can’t have a community like [Kirkwood] anywhere else.” 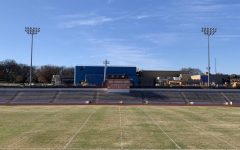 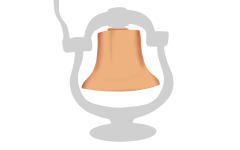