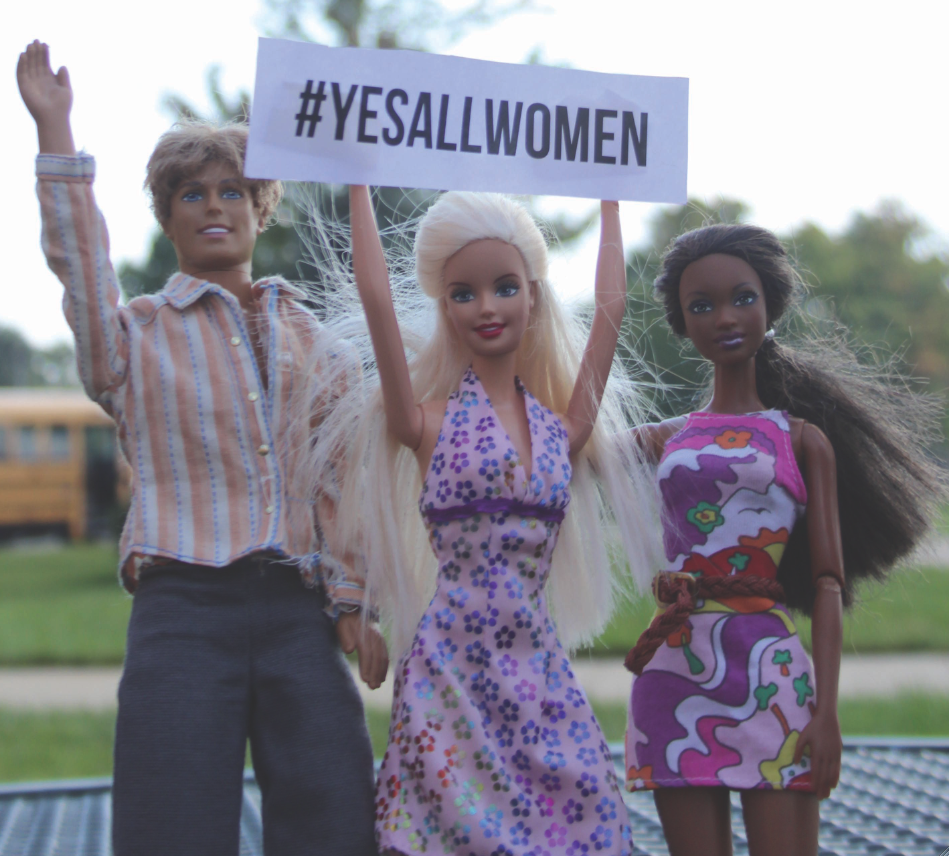 Before this summer I never considered myself a feminist. In my eyes, feminists were noisy, masculine women with a grudge against all things girly. Women who hated chocolates and flowers and clingy boyfriends. I saw them as women who loved being naked in public for no particular reason and who hated all men for their evil, cunning ways. I thought feminists were nothing like me until I scrolled through my Twitter feed in early June and saw #YesAllWomen trending.

At first glance, I admit, I rolled my eyes at the more radical tweets suggesting all men want to hurt women and that all women should be free to wear as little clothing as they please. As I read further, however, I realized these tweets weren’t just hating on men; they were a cry from women for much needed social change.

The “yes all women” hashtag got my attention by bringing up inequality issues that still exist at all levels of society including high school. Today date rape, cat-calling and slut-shaming happen at KHS, whether we want to admit it or not.

At KHS, I have seen girls get groped in the hallways. The reaction is either “don’t touch me you creep” or disgusted looks of embarrassment and fear. The ignorant boys who grope and hit on girls in the halls are a big part of why feminism exists. They are the reason dress codes are so strict. Girls can’t show too much for fear of accidentally “asking for it.” Of course, not all boys are like this, but enough are that it has become a prominent social issue.

One KHS student said at her old middle school in Texas boys and girls were split up in co-ed P.E. classes. The boys were taken to lift weights while the girls were taught self-defense. This seems counter productive. While boys could be taught to respect women, women are instead instructed to learn how to defend themselves against the men who have no respect for women. While this is not the case at KHS, it’s alarming these inequalities still exist at schools throughout the nation today.

It’s important for men and women that #YesAllWomen exists. Awareness, which this hashtag creates, is critical in making advancements toward gender equality as a society. It’s important to know that the root of feminism is not to hate men, but to inform those unaware of what seemingly harmless comments and actions are capable of.

In this day and age, all people should be feminists: men and women. Feminism means having respect for women, treating women as equals not inferiors. When a woman says “no” it means no: end of story. When a woman is visibly uncomfortable being cat called in the halls that means stop harassing her. While some feminists lean too heavily toward attacking men, most feminists just want justice for victims of sexual harassment or domestic violence or for those too scared to speak up.

We all need to be more aware of the need for gender equality even at a place like KHS where we all seem equal at the surface. There’s a need for feminism in people of all ages and the first step for change in our generation might just be #YesAllWomen.

One Response to “Feminism is a modern necessity”