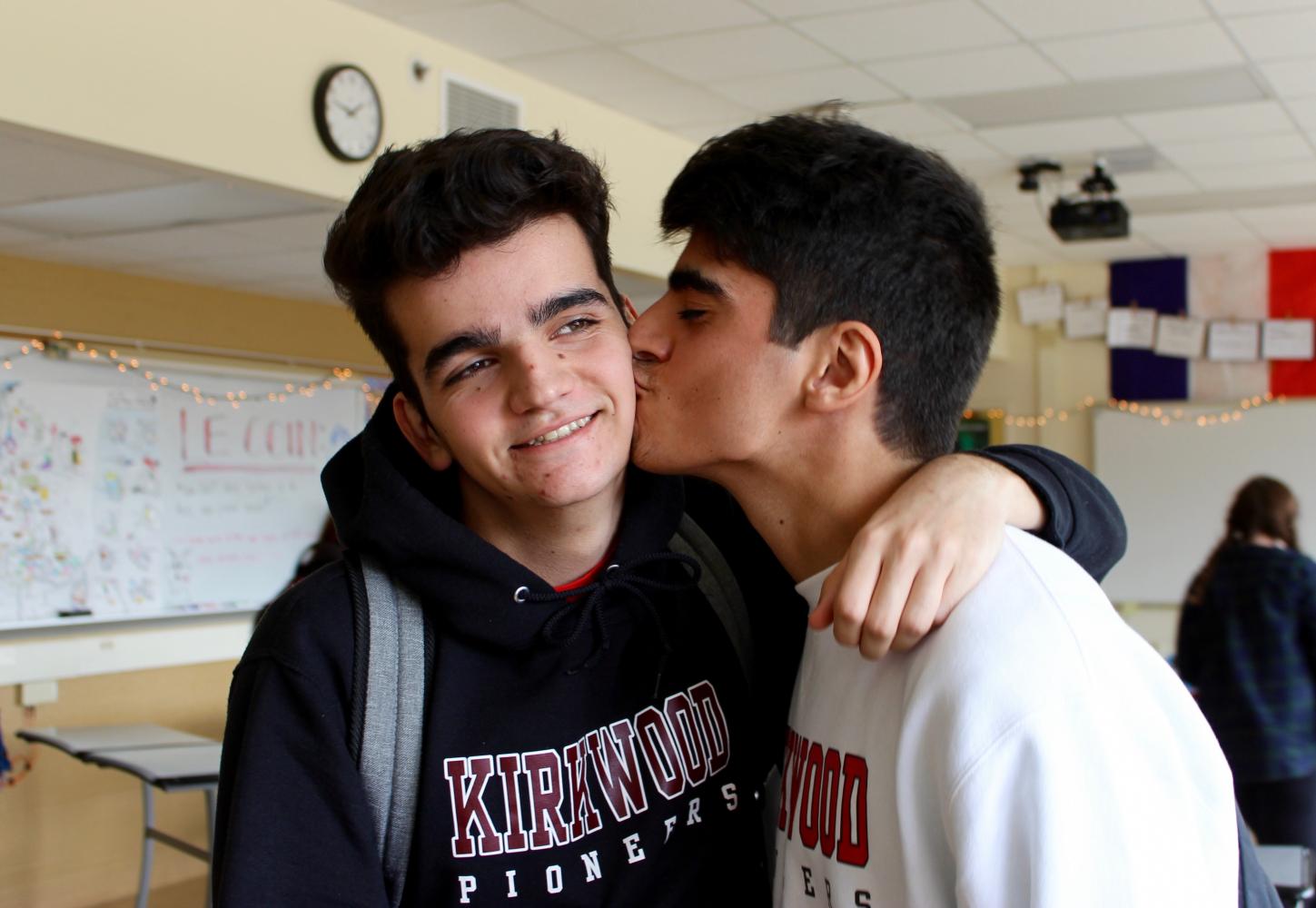 Building a bridge across the Atlantic

Make sure to check out this story and more in TKC's new issue coming out this Thursday, Aug. 24.

With a new school year ahead, Pierre Der-Gazerian, junior, and Gaspard Cambon, sophomore, wanted a new schooling experience and became international exchange students through the American Field Service (AFS) for the 2016-17 school year. Viewing studying abroad as an opportunity to develop skills in another language, Der-Gazerian and Cambon set their sights upon the land of the free.

“My sisters were exchange students so I decided to do the same,” Cambon said. “It’s a good way to learn a [new] language and different culture by living it.”

Prior to landing in America, all Der-Gazerian and his classmates knew about American high school was what they saw on Disney Channel. According to Der-Gazerian said he was expecting singing, dancing and a “status quo.”

“A lot of students who do not come from the U.S. think that American high schools are like “High School Musical”,” Der-Gazerian said. “But I was open to seeing what it was actually like.”

According to Der-Gazerian and Cambon, they did not know what city they would live in, only that they would spend a year abroad in the U.S. Within the U.S., Anna Kalfus, French teacher, was sitting at Starbucks when she received an email from the local district of AFS saying they needed help placing two French exchange students in homes for the upcoming school year. According to Kalfus, studying abroad and hosting exchange students is an opportunity to experience a different society by becoming a part of it.

“You learn more about yourself [when going abroad],” Kalfus said. “You have to think about ‘Who am I?’ and ‘Who do I want to be?’ after seeing other people’s points of view.”

You have to think about ‘Who am I?’ and ‘Who do I want to be?’ after seeing other people’s points of view.”

Der-Gazerian and Cambon arrived in Kirkwood where they met their host families for the first time Sept. 8, 2016. Der-Gazerian had messaged his host family’s daughter , KHS graduate Ava Godsy, whom he would be staying with on Facebook, and Cambon had spoken to his host family on the phone once before flying to St. Louis to spend a year in the halls of KHS. According to Der-Gazerian and Cambon, their first encounters at an English-speaking school both frightened and excited them, but they were surprised by KHS students’ and faculty’s welcoming attitudes.

“It was easy to make friends at KHS,” Cambon said.“People talked to me because I was from France. I was different to them, and they were interested in [what] my life in France [is like].”

As Der-Gazerian and Cambon’s days at KHS progressed, they said their English skills did as well. According to Der-Gazerian and Cambon, when they first came to KHS their English was choppy, which made school more challenging. They could understand their American peers, but had trouble responding in English. As time went on they said they became more comfortable after getting into the habit of speaking like their classmates.

“Hearing and trying to speak English everyday helped [with learning a foreign language],” Der-Gazerian said. “At the end of the first semester I was much more confident.”

“French high school is all academics,” Der-Gazerian said. “We aren’t proud of our school like the students at KHS are.”

“Thank you to all the students that helped me through this year,” Der-Gazerian said. “I ask you to always be open minded to foreign people, and if you really want to travel the world know that there is a guy in the south of France waiting for you.”

Donate to The Kirkwood Call
$20
$500
Contributed
Our Goal