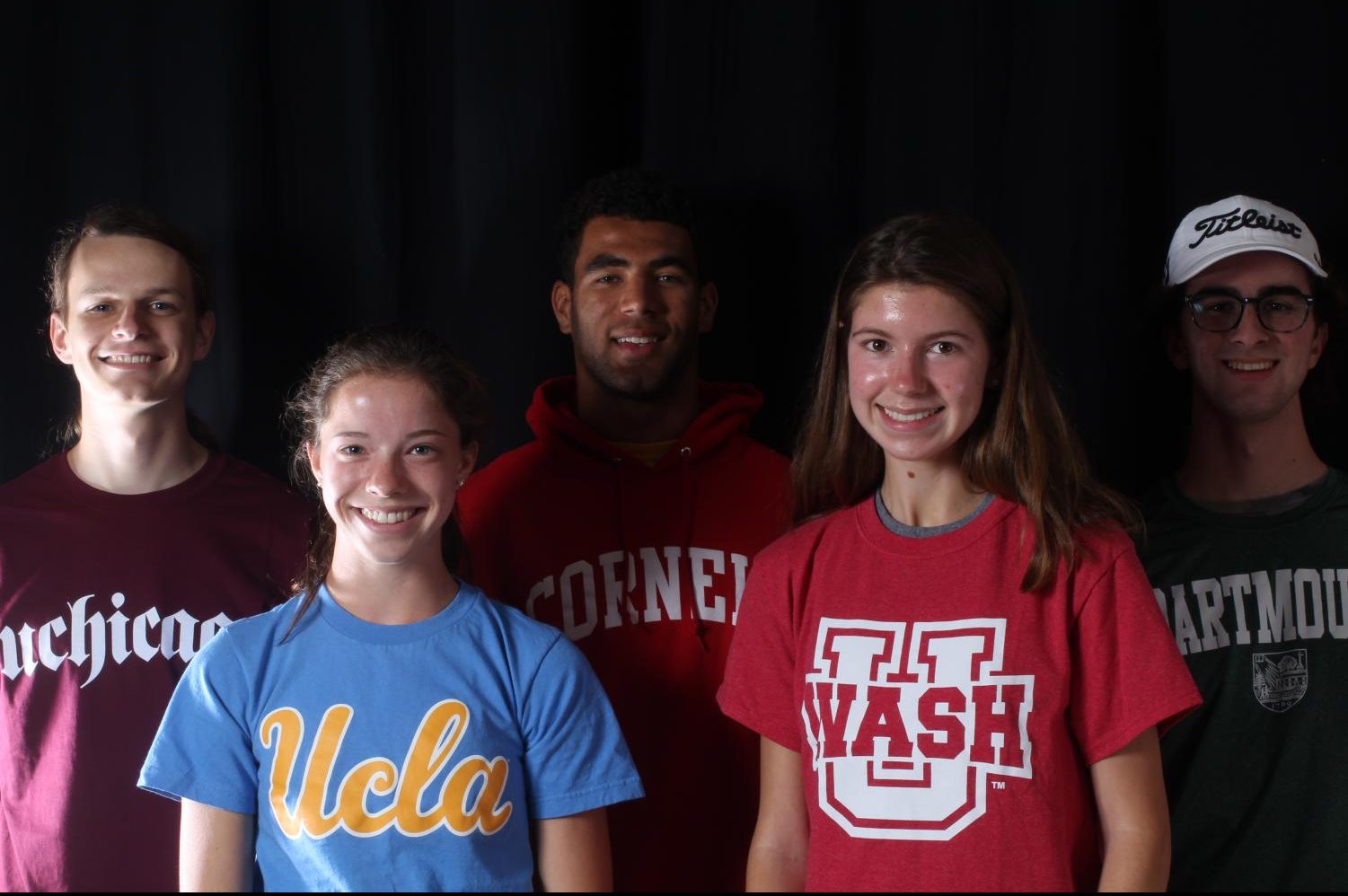 “Congratulations”—Five KHS seniors who got into elite universities

Kirkwood’s towering trees were an array of red, orange and yellow hues when Mary Ralston, senior, completed her college applications. Yet when those leaves turned brown, shriveling and drifting down from high in the trees, Ralston continued to receive promotional materials from various schools. When the last of the leaves had fallen, Ralston entered her house to the familiar sight of college mail, but one letter caught her eye. She sat down at her kitchen island and opened the message from her dream school.

Then, she screamed. Her sister came running into the room, afraid something was wrong, but Ralston’s face showed otherwise. The letter lay open on the island with one word standing out.

She had been accepted into Georgetown University’s School of Nursing and Health Studies. 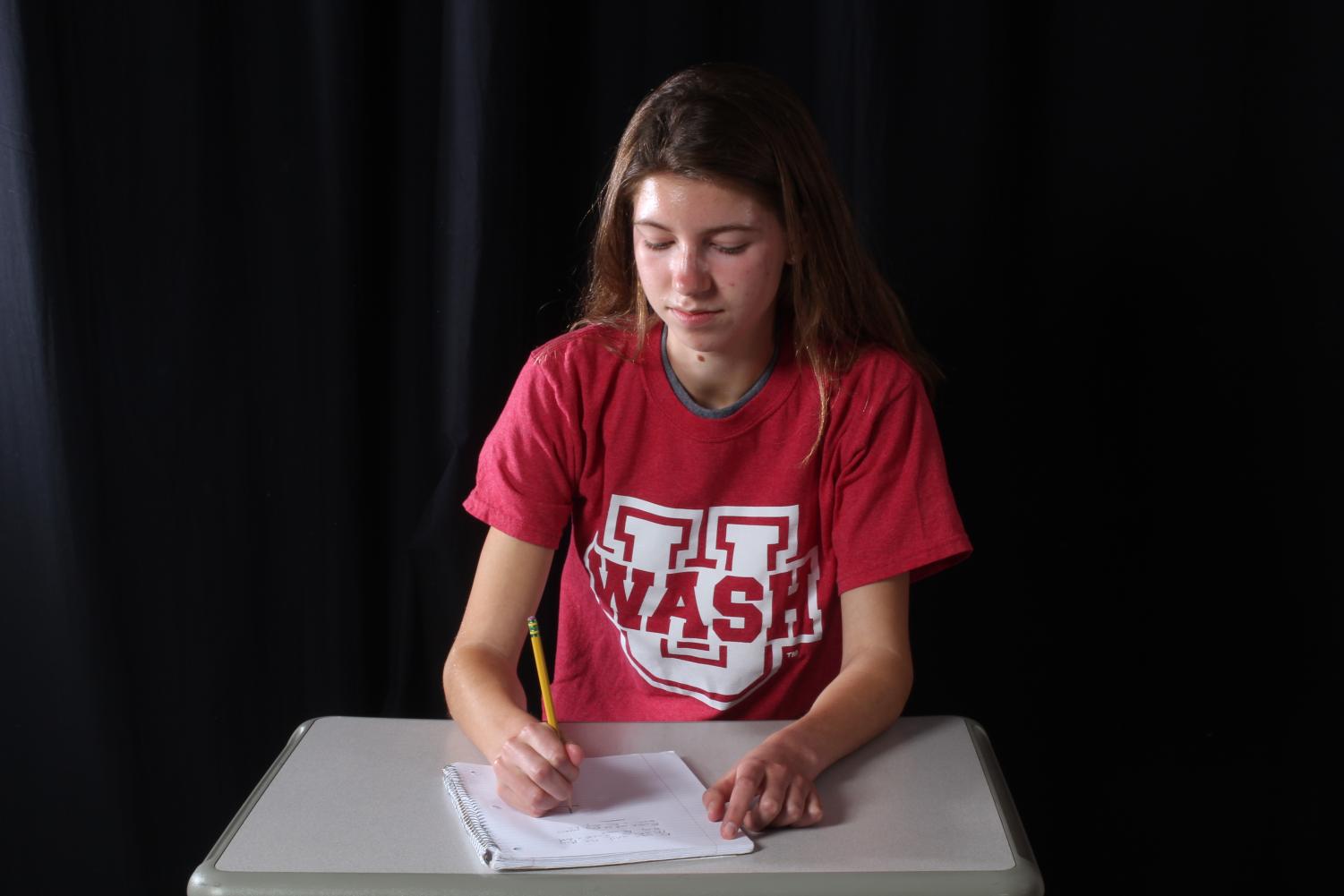 College Counselor Abby Peterson’s office is tucked away in the east side of the guidance hallway. Her desk fits snugly in the corner of the room, surrounded by walls plastered with stickers, posters and pennants for various colleges and universities. In the opposite corner rest three seats which upperclassmen occupy when considering their collegiate futures.

“As a college counselor, it’s a no-brainer for me to suggest the most elite schools in the country if I’m working with a student who has the intellectual capability to succeed inside of those schools,” Peterson said. “[That student] may need more intellectual opportunities and [for them] to be around similar minds can be a life changing experience.”

Peterson made that suggestion to Meredith Lang, senior, who will attend Washington University in the fall. However, according to Peterson the decision to apply to an elite school is the first step in a complex decision process. Lang, KHS co valedictorian, said the next step is having a strong academic profile to be considered.

If people don’t quite have the average academic profile they’re looking for, they get taken out of the applicant pool.”

“GPA and test scores are [important],” Lang said. “If people don’t quite have the average academic profile they’re looking for, they get taken out of the applicant pool.”

Peterson said these schools often have large applicant pools of students who fit the academic criteria. As a result, Lang said she focused on letters of recommendation and the personal essay to stand out from other candidates. Lang also said she was involved in a variety of extracurriculars, which she and Cooper Wise, senior, agree is important to admissions officers. Wise said football played a role in helping him get accepted into Cornell University.

Wise said elite schools look at what unique skills candidates would bring to their school, whether it be athletics or some other extracurricular. However, Eli Boshara, senior, said many students go about building these skills the wrong way. He warned against joining numerous clubs and activities simply to look good on a college application.

“College admissions officers will tell right away if you’re doing something for college,” Boshara said. “When you’re doing activities because you want to do them, it will help you get into college, but you’ll also be happy. It will help you find the things you like.”

College admissions officers will tell right away if you’re doing something for college.”

Boshara said his drive to learn and find things he liked allowed him to be accepted into Amherst College, Dartmouth University, University of Pennsylvania and UNC Chapel Hill (among other schools). He said he decided on Dartmouth because of the university’s strength in undergraduate education, its internship and research opportunities and the people he encountered on campus rather than because of its prestige.

Peterson said many students are drawn to the elite schools because of glamorous national rankings, but as a college counselor she tries to find the right school for the student beyond the ranking. One of these was Ralston, who decided to attend UCLA instead of Georgetown because it offered more majors she was interested in. Another student was Ellie Nash, the senior class’s co valedictorian. Nash applied to the University of Chicago, a school with an acceptance rate of eight percent. She got accepted.

Then, she turned it down. 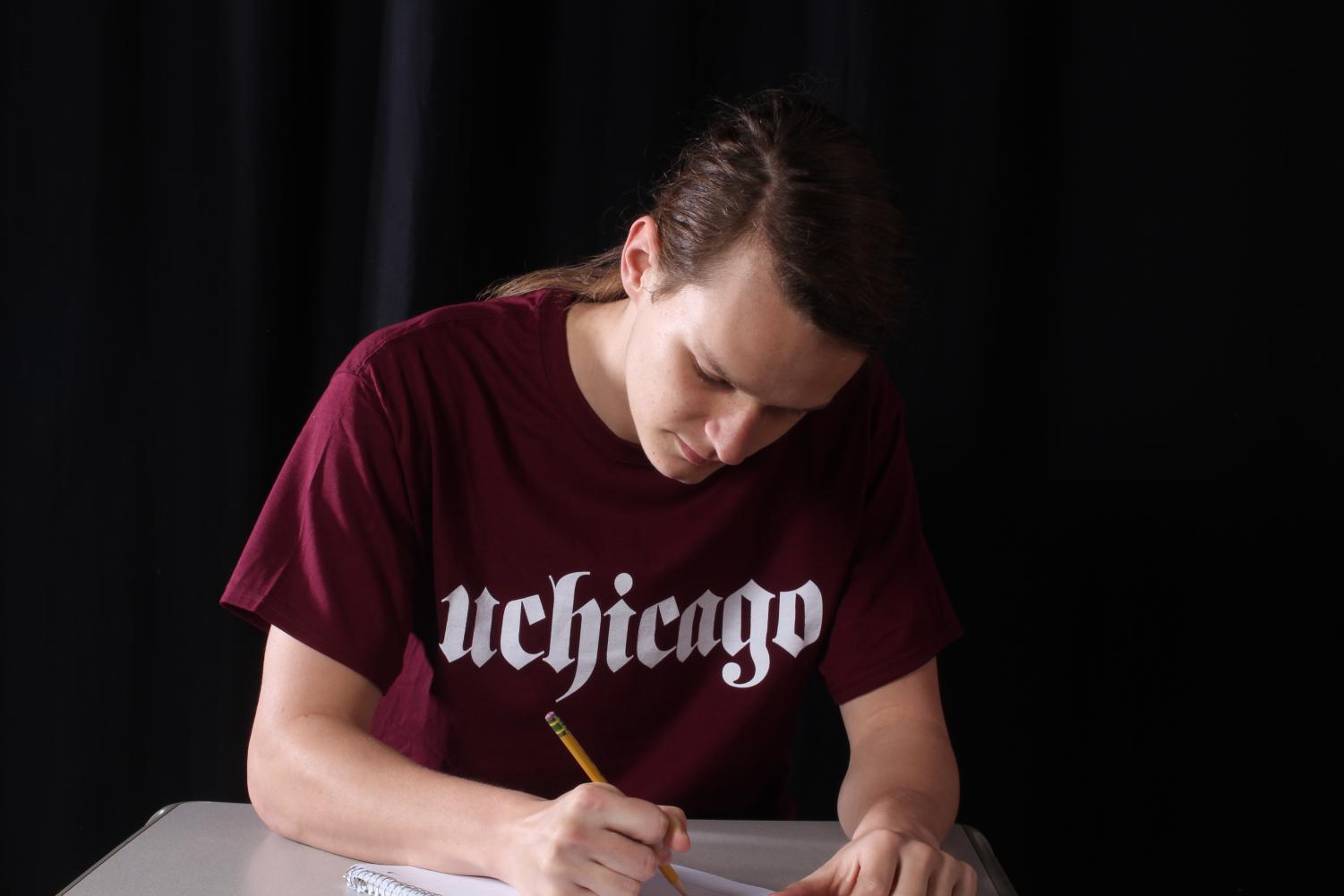 “You’re going to get an equivalent education at every school at the undergraduate level,” Nash said. “They all have study abroad and internships and whatever U Chicago would also offer.”

Nash said the opportunities of these elite institutions do not justify the price, but also that the personal expense was not the only reason for declining University of Chicago. She said the price and selectivity of these schools prevent them from being diverse, which was important to her. Peterson agreed, asserting that the idea of elite schools being ethnically and economically diverse is a misconception.

“It’s undoubtable that students who go to highly selective schools will be surrounded by students who have a lot of wealth, a lot of privilege and will probably be predominantly white,” Peterson said. “I don’t think they [are] as diverse as they want to be.”

You’re going to get an equivalent education at every school at the undergraduate level.”

At five Ivy Leagues and thirty-three other schools there are more students from the top 1% income bracket than the lower 60%. Nash said she wanted a more diverse college experience than KHS and thus did not want to attend an elite school. She is currently undecided on what college to attend but has narrowed it down to three more diverse and affordable schools.

Peterson said she wants students to look beyond the rankings and find a school that truly is right for them. For Boshara, this meant narrowing down colleges by researching their education, size, location and opportunities for research, leading him to Dartmouth. For Wise it meant finding a school where he could be a student and an athlete, leading him to Cornell. For Lang it meant visiting schools and making a pros and cons list, leading her to Washington University. For Ralston it meant choosing UCLA over Georgetown, a better fit for her. And for Nash, it meant turning down the prestigious University of Chicago.

“In our community there’s so much emphasis put on ‘you have to get into the best schools,’ and most of the time that’s not it at all,” Peterson said. “It has to be the right fit for you to go to Yale or Princeton or any of those schools.” 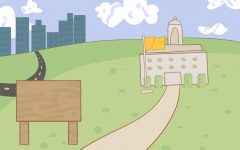 Goldilocks and the search for college