A protestor gives a passionate speech at the STLPSA march. (Photo courtesy of Sunny Lu from STLPSA)

A protestor gives a passionate speech at the STLPSA march.

HB 126: A timeline of the abortion bill

The day after KHS shut its doors for summer, Governor Michael Parson (R-MO) signed House Bill 126 (HB 126) into law. Once the bill was passed, Missouri championed one of the most restrictive abortion laws in the country behind Alabama and Georgia.

[The pro-life movement] needs to have a little more empathy for women in different situations. Life isn’t always in your control. And there are lots of factors that play against them”

This is a situation where both groups get what they want. The pro-choice group can hold onto the fact that [the law] doesn’t technically ban abortion. We get to know fewer abortions are happening. ”

Simply put, HB 126 (also known as the “Missouri Stands for the Unborn Act”) prohibits abortions in the state of Missouri after eight weeks of pregnancy except in the case of a medical emergency. While the bill was signed into law May 24, it is not scheduled to take effect until 90 days after being signed, or Aug. 28. Mere days after its passing, protests and rallies started to pop up throughout the state (and country) with people on both sides of the aisle fired up.

Most protests involved pro-choice activists voicing their anger with HB 126, hoping to maneuver their way to a state referendum or garner media attention from major news organizations. Although pro-choice rallies dominated headlines, pro-life activists held their own rallies as well with a celebratory twist. Large gatherings were held throughout the summer to commemorate the passing of HB 126 and chip away at the credibility of the final Planned Parenthood that performs abortions in Missouri.

Within the last three months, Missouri passed one of the most restrictive laws in the country regarding abortion, blocked several attempts to initiate a state referendum and has been torn on renewing the medical license of the last Planned Parenthood that can perform abortions. For those not constantly glued to the news or just tired of reading it all, it can be nice to have stories broken down into bite-sized pieces–so here’s a timeline along with input from pro-life and pro-choice activists to guide you through the thicket of Missouri’s new law.

Timeline may not appear on school devices and mobile app. 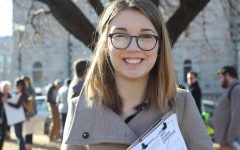 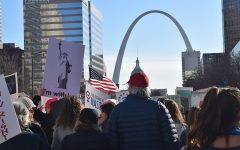 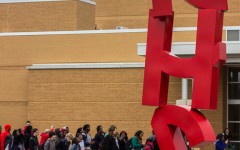