The U.S. women’s national soccer team won the 2019 World Cup and it is more successful than its male counterparts, but there is a huge pay disparity. (Art by Katherine Stobbe and photo by Maddie Meyers)

The U.S. women’s national soccer team won the 2019 World Cup and it is more successful than its male counterparts, but there is a huge pay disparity.

Art by Katherine Stobbe and photo by Maddie Meyers

As the clock runs out, securing the FIFA World Cup for the U.S. women’s national soccer team (USWNT), the crowd chants in support of the team’s fight to earn as much as their male counterparts. Whether it’s voting, educational opportunities or in the workforce, there has been — and still is — an immense gender gap. This powerful conclusion to a history-making season highlights why it is time to make a change.

The USWNT finally had enough with the inequality in U.S. soccer. According to The New York Times (NYT), on March 8 they sued the U.S. Soccer Federation for “purposeful gender discrimination” and violating Title VII and the Equal Pay Act. The Federation is fighting the suit by claiming the women agreed to this salary and also receive health insurance and maternity leave, whereas the men’s team does not have as many personal benefits. But, according to the NYT, the minimum female salary is $16,538, and the male players make at least $50,000 a year. There are also disparities within playing conditions, equipment and travel. For example, the women fly coach to travel to games, while the men fly first class, according to CBS News.

The USWNT is making the same sacrifices as the men’s team to play and work just as hard, so it is disrespectful to treat them unfairly. They should be paid equally, if not more, since they are more successful and play more games than the men’s team. It is damaging that it is ingrained in generations of Americans’ heads that men should be seen as better than women. And frankly, the men’s soccer team falls way behind in the talent department. According to Forbes, the USWNT has won four Olympic gold medals and four World Cups. The men have won zero. The Washington Post also reported the women’s games raised approximately $900,000 more than the men’s games from 2016 to 2018.

It is problematic this issue has gone unnoticed for so long, and the U.S. Soccer Federation still has not made an effort to rewrite history for the females of the future and today. But this is not just a soccer problem; many other female team sports like basketball deal with similar struggles. For example, Forbes said the National Basketball Association pays its players about 50% of league revenue, but the Women’s National Basketball Association receives less than 25%.

For the women, this is more than a petty complaint of how they aren’t paid enough. This is a movement. These women are fighting for a social change so women will not have to worry about being treated inferior to men, or losing out on opportunities solely because of their gender. Little girls should not be afraid to follow their dreams nor settle for less because society taught them to wash the dishes and wait for their prince.

In F. Scott Fitzgerald’s The Great Gatsby, one of the characters reflects on her daughter and says, “I hope she’ll be a fool – that’s the best thing a girl can be in this world, a beautiful little fool.” One hundred years ago, this was the view of women. In “Grease,” Olivia Newton John played a character who represented two negative stereotypes of women. She transformed from a poodle skirt-wearing goodie two-shoes, to a leather-wearing rebel in order to win over a guy. Society saw women as needing to change to fit the desire of a man. Forty years ago, this was the view of women. Over time this attitude has changed, but women are still seen as weaker and less capable, and the pay gap shows we still have work to do.

Soccer stars like Carli Lloyd and Megan Rapinoe are trying to eliminate this stereotype and fight for gender equality so women can feel empowered. Like them, we must join this movement. We cannot let this type of treatment stand. We need to be aware of stores most commonly selling male teams’ jerseys, and TV networks giving air time preference to male sports over female sports. USC News said, “In 2014, LA-based network affiliates devoted only 3.2% of airtime to women’s sports.” These are small actions which go unnoticed, yet act as hidden forms of discrimination. They show that women are not as important and valued as men.

This issue of gender inequality travels back generations until the beginning of time. It has impacted every woman whether they realize it or not. According to the NYT, the 28 women suing the Federation are made up of “avowed Christians and atheists, gay and straight, politically active and not.” It is amazing to see how one cause can bring a group of very different people together. According to National Public Radio, the men’s team is even standing behind the women’s team and supporting their cause for equal pay.

Consumers are purchasing more USWNT jerseys than men’s, and the USWNT home jersey is the number one jersey ever sold from Nike in one season, according to Nike and Fanatics. Imagine a world where you see as many female team jerseys on males, as there are male team jerseys on females. It is not only important for little girls to see they are valued, but also for little boys, so they can grow up and not see women as their subordinates, but as their equals. This is the ultimate goal. 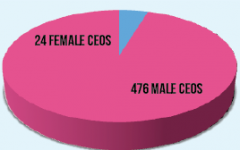 Gender inequality: by the numbers 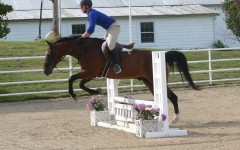