From The Lou to the League 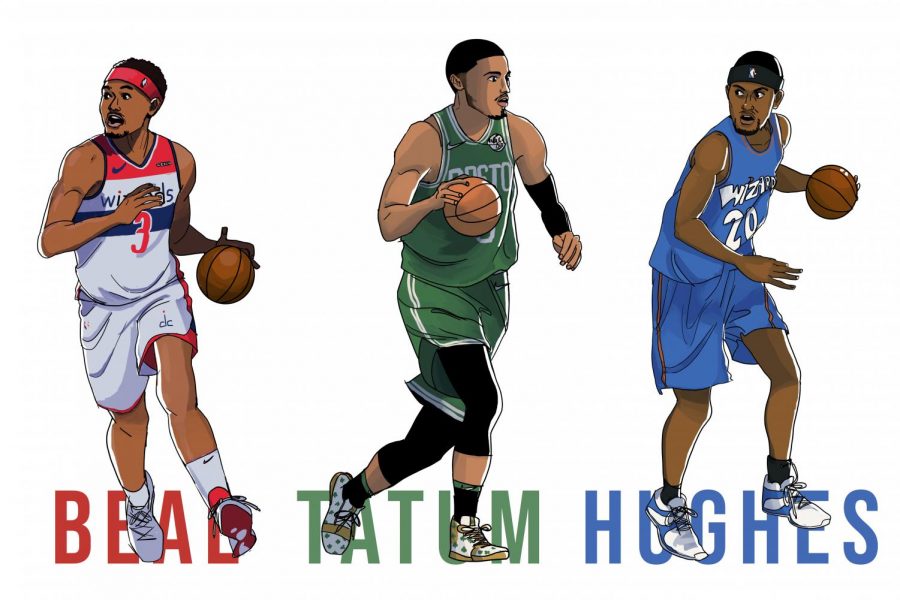 With a combined 25 years of NBA experience (and counting) between the three of them, Bradley Beal, Jayson Tatum and Larry Hughes have lived most of their professional lives under the scope of national attention. Art by Merry Schlarman.

TKC had exclusive interviews with three of the best basketball talents to ever come out of St. Louis. Here are their journeys from local high schools to the national spotlight. 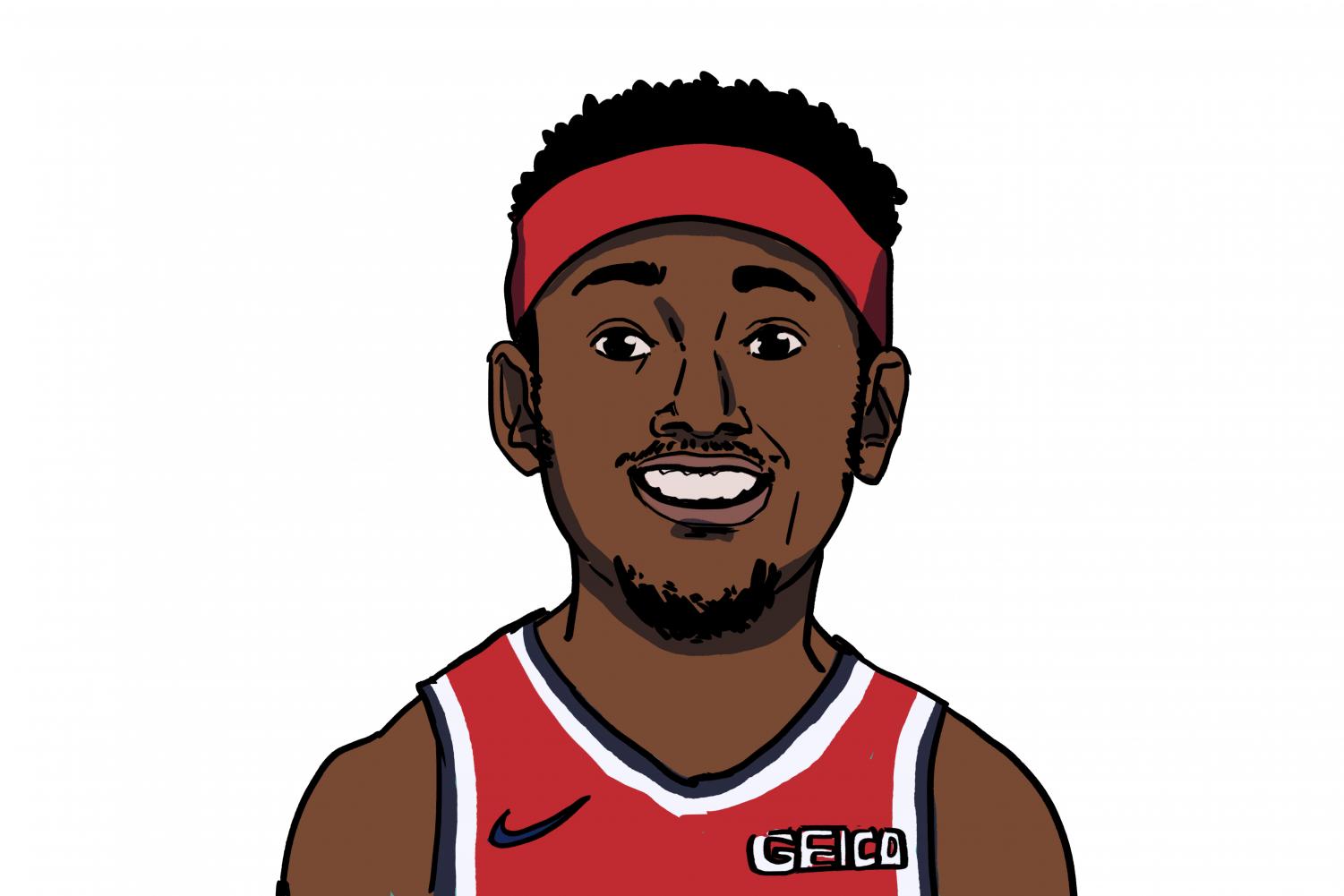 He’s never had much of a height advantage. He’s never needed one. The combination of a deadly jump shot and sharp handles earned 6-foot-3 high school senior Bradley Beal the 2011 Gatorade National Basketball Player of the Year Award. Before that, Beal led Chaminade to a 2009 Missouri State High School Activities Association (MSHSAA) Class 5 state championship his sophomore year, averaging 23.5 points per game over the season. His senior year, Beal raised his points per game to 32.5, but the season was cut short when McCluer North handed Chaminade its first loss of the year in the state quarterfinals.

Beal became a Florida Gator when he committed in November 2009, during his junior year at Chaminade. On his 19th birthday, Beal was selected third overall in the 2012 NBA Draft by the Washington Wizards after an impressive freshman season at Florida.

Ever since he arrived in the NBA, Beal and Washington’s star point guard John Wall have comprised one of the most effective guard duos in the league (ranked fourth-best in the NBA by Bleacher Report in 2018). But in recent years, as Wall has struggled with injuries, Beal has assumed much more of a leadership role while playing all 82 regular-season games two years in a row. 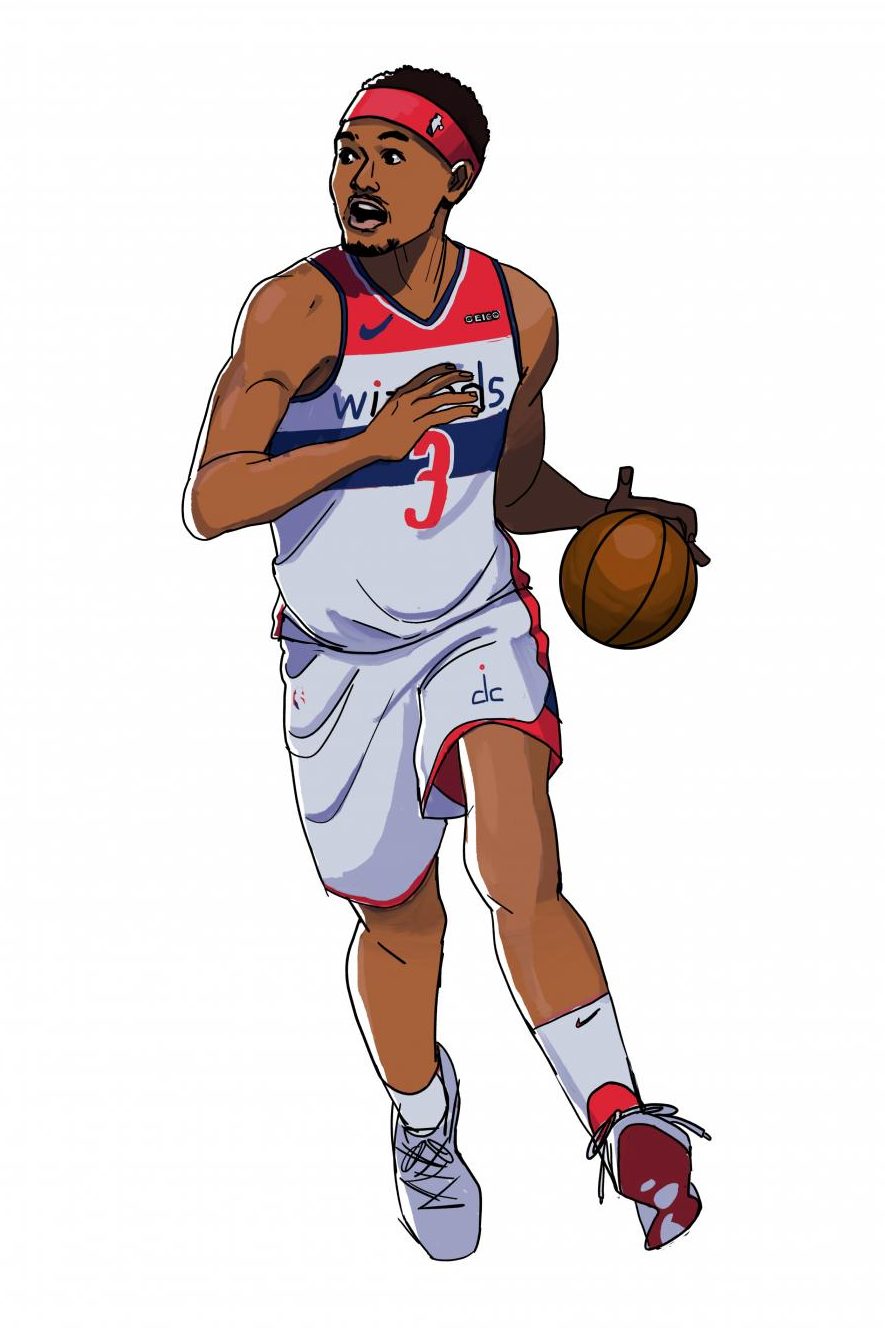 “[With] the schedule, getting in at two in the morning possibly and then having to play the next day, it’s a lot,” Beal said. “Everybody thinks the NBA is great, but it’s the behind-the-scenes things like the travel and the work and the stress fractures that all play a factor into it.”

Those are setbacks that all NBA players face, but as a star in the league, Beal receives more attention, and, in turn, more criticism. Beal said there have always been people doubting him at each stage of his career. Maintaining a spot in the top five NBA scorers for most of this season, he’s out to prove them wrong and keep working on his craft.

“Now I’m playing against some of the best guys to ever touch a basketball, so every day for me, it’s constant work, constantly getting better,” Beal said. “It’s amazing to be in the top 20 best guys in the league, and that’s not by accident. That’s a testament to my work and everything that I’ve been through from college going up to this point.” 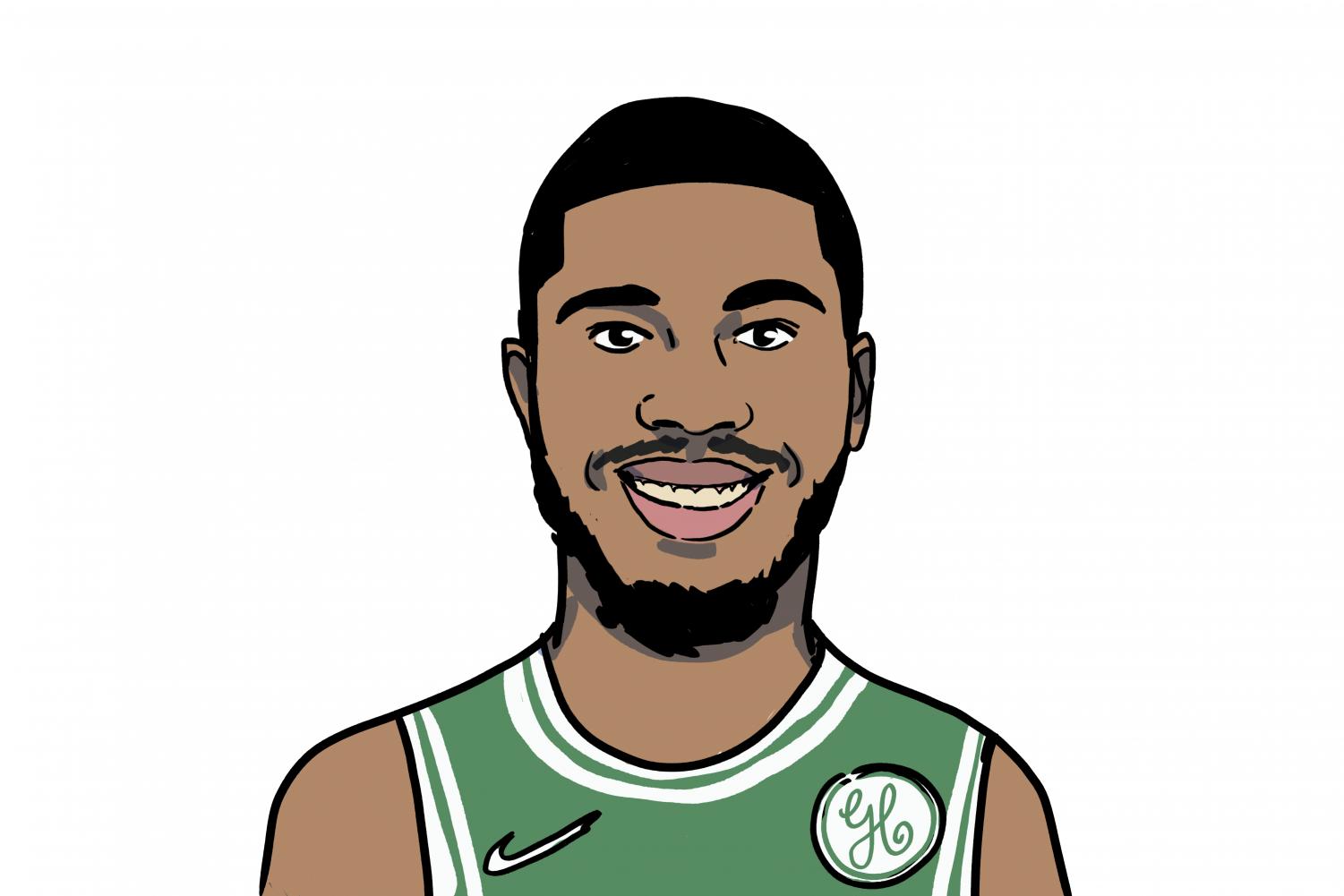 “I just love everything about the kid. The way he plays the game, his demeanor, where he comes from. I just know he’s built for stardom. He’s built for success.”

LeBron James offered his opinion of Jayson Tatum in his press conference following Game 7 of the 2018 Eastern Conference Finals, during which the rookie Tatum unleashed a dunk over the four-time league MVP.

“[One thing that has stuck out to me is] getting to play against all the guys I’ve really looked up to, like playing against LeBron, Kevin Durant, playing with Kyrie [Irving],” Tatum said. “I’m living out my dream, and I love and enjoy every day of being in the NBA.”

Throughout high school, Tatum scored more than 25 points per game in his sophomore, junior and senior seasons, attracting many college basketball coaches, including Mike “Coach K” Krzyzewski (Duke), Roy Williams (North Carolina) and John Calipari (Kentucky), into the Chaminade gym. In addition to a state championship, Tatum won the Gatorade National Male Athlete of the Year (among all high school sports) for his 2015-16 senior season. The first person to ever receive that award? LeBron James.

“[From high school basketball to the NBA is] a big difference,” the 21-year-old Tatum said. “Obviously I’m a lot older, a lot more mature, and it’s everything I expected. I’m happy to be where I’m at, and I’m just having a lot of fun.” 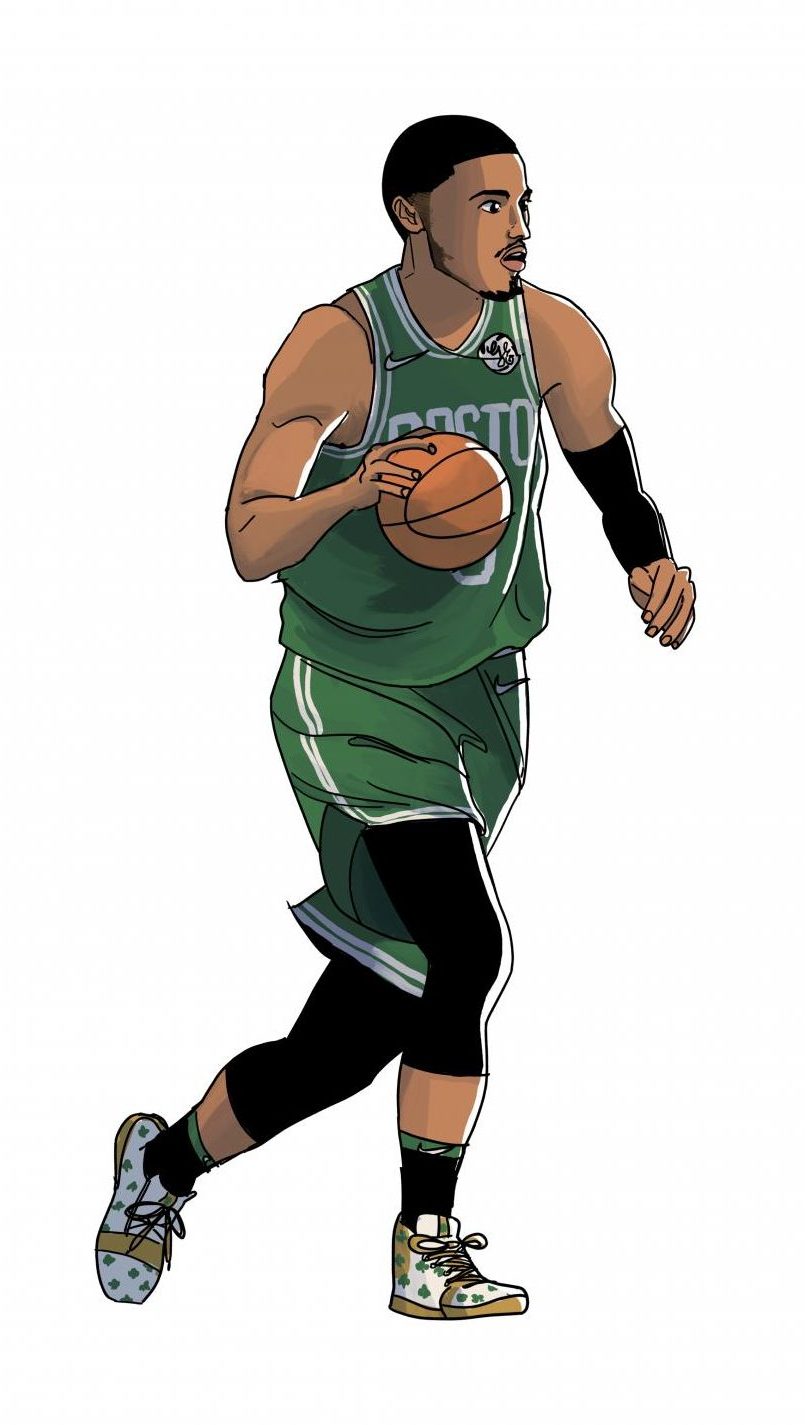 It may just look like fun from the outside, but Tatum’s success correlates with his commitment to improving his game. Earning his first All-Star selection this season, Tatum has considerably progressed since entering the NBA three years ago, now scoring more than 20 points per game, compared to 13.9 in his rookie season. He is also one of the most popular NBA players, with the fourth-highest selling jersey in the country so far this season (behind LeBron James, Giannis Antetokounmpo and Stephen Curry, each of whom have won league MVP).

Tatum draws praise from LeBron, faces off against him, and in some cases, statistically compares to him. But Tatum gains experience with absorbing the attention every day and acknowledges that he is fortunate to get the chance to live out his dream.

“[I’ve learned] to be appreciative of everything. Not many people get to live out their dream and do what they say they’ve always wanted to do,” Tatum said. “Always stay focused. If you have to take a different path to get where you want to go, never give up on your dream.” 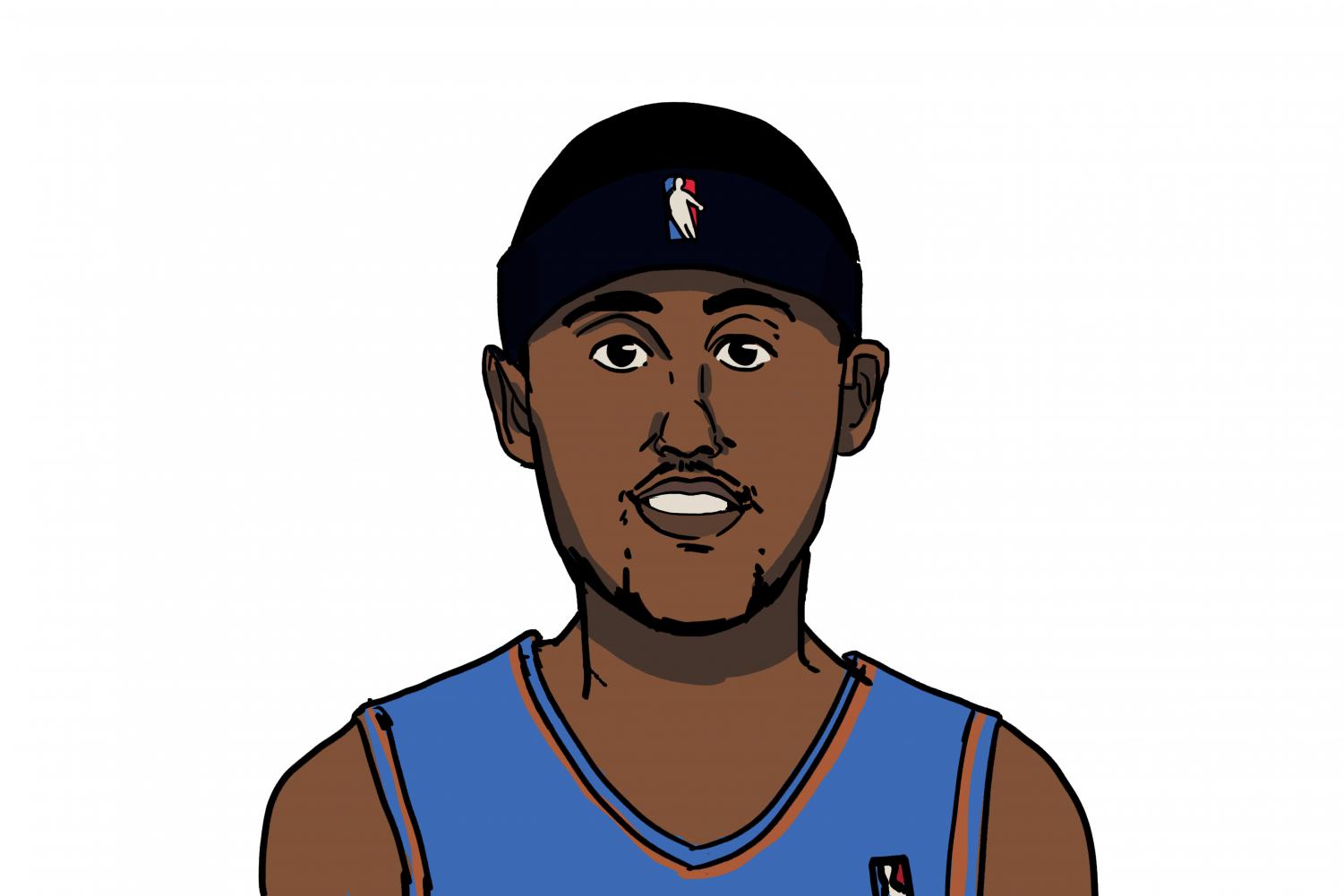 Take a look at youth basketball today. There are already rankings online for basketball prospects as far ahead as the high school class of 2029. For Larry Hughes, the process of getting to college basketball and the NBA was a bit different.

Hughes said when he grew up, all he really knew about the NBA was Michael Jordan. Little did he know then, just over five years after winning the MSHSAA state championship with CBC in 1997, he would be teammates with Jordan on the Washington Wizards. But before the two shared the court in MJ’s final NBA season, Hughes said the competition in his hometown was a solid foundation for his NBA career.

“It’s always good to find good competition, and especially back in the day, we had really good teams in the [St. Louis] area,” Hughes said. “Anytime you can get good competition, it only helps you, and it really shows who’s going to rise to the top.” 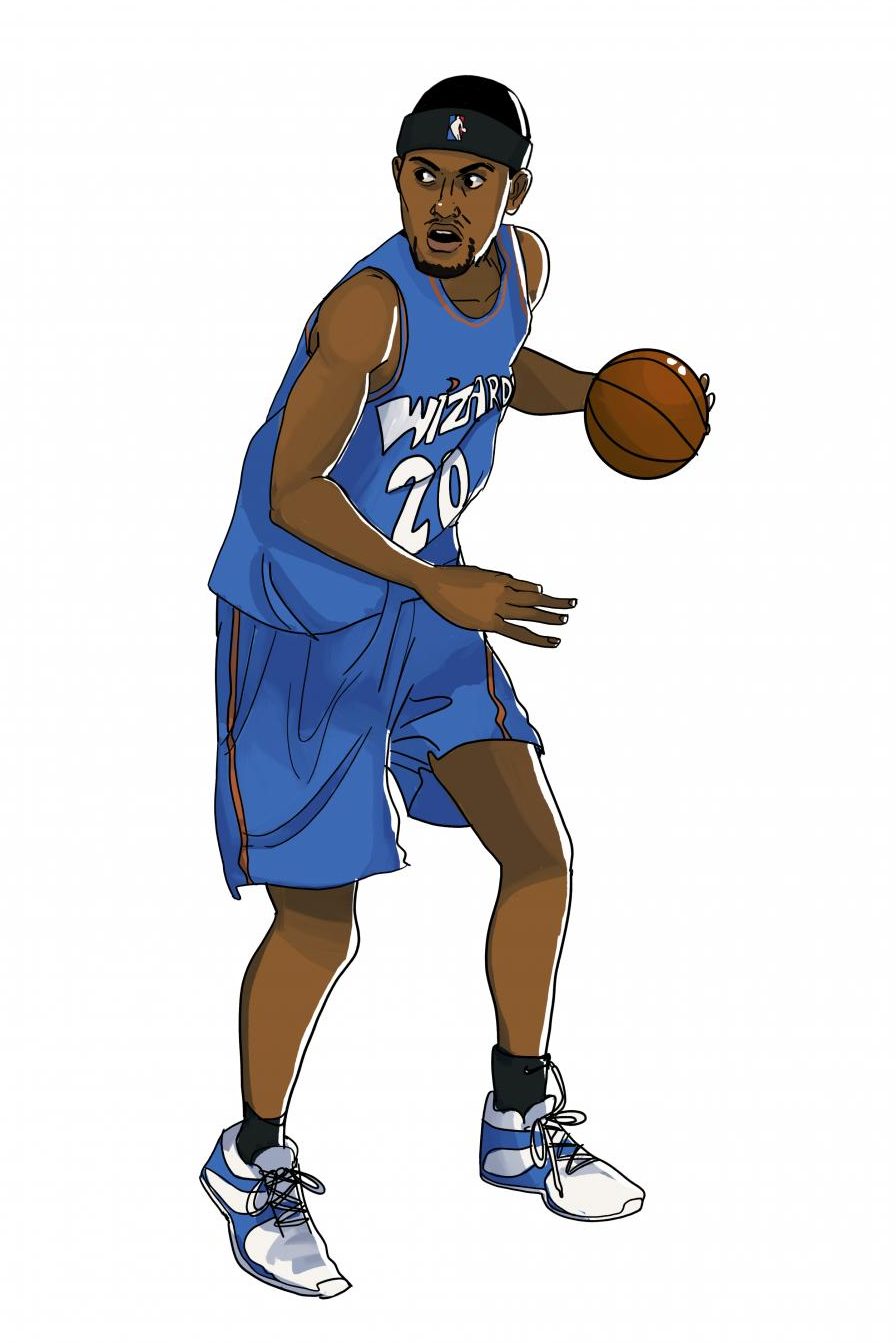 Hughes certainly rose to the top level, enjoying the best season of his career in 2004-05, when he averaged 22 points per game for Washington. His career year earned him a five-year contract the following summer with the Cleveland Cavaliers, where he would be teammates with another all-time great: LeBron James.

After 776 total NBA games, including 49 in the playoffs and a trip to the NBA Finals in 2007, Hughes had gained some wisdom from his 14 years of NBA experience.