Power of the spoken word 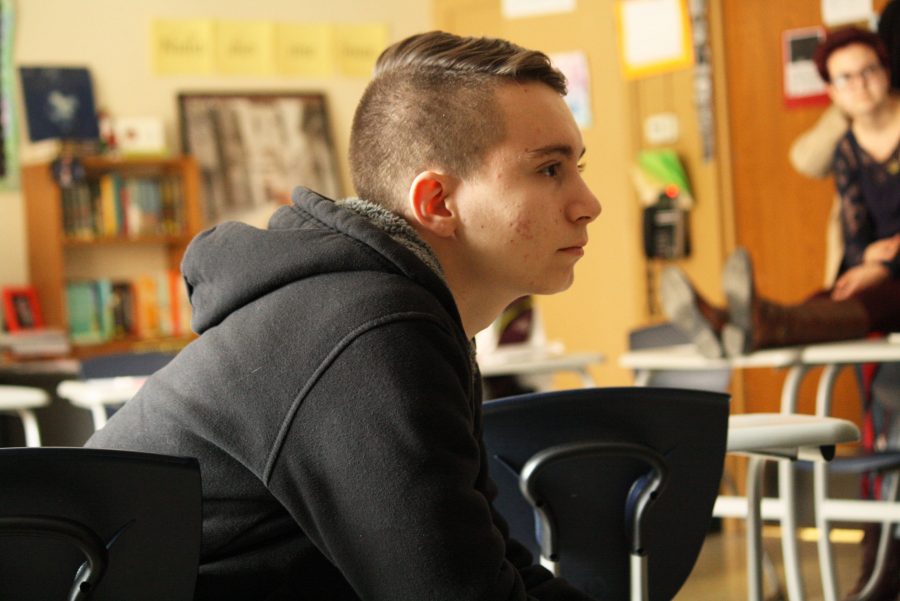 During her freshman year in Mrs. Leatherberry’s English class, Aly Terry wrote a poem for the unit they were working on. She had heard a little bit of poetry prior and seen a few slam poetry videos, but nothing beyond that. When Ali Terry shared her poem, Leatherberry told her to go to K-word and sit in to see what happens. Next thing she knows Terry has found something special in sharing her poems.

“K-word is a place where people can go to speak their minds and not be afraid of being judged,” Casey Stark, freshman, said. “It’s very free and open and people just get to give their soul to the world.”
The club sets up a natural atmosphere that promotes the want for kids to listen and learn from their peers, according to Dominic Pioter, English teacher and K-word club sponsor, said.
The club is accepting, and allows members to express themselves and let out their pains and worries, leaving them feeling liberated, according to Stark.
“[K-word is] a space for students to learn how to write better, learn how to grow in their confidence and ability to share their own truth and explore what that truth is, and then learn how to say it with power,” Pioter said.
Pioter started K-word when he began working at KHS four years ago. He had a slam poetry club at his previous school, University City High School, and decided to bring the idea with him to KHS. He decided to bring the club to KHS because he had been conducting the club at his previous school for six or seven years. He saw the effects it had on the students and Pioter felt it was a unique way he could contribute to the school, Pioter said.
“To me, [K-word] is a home away from home,” Camryn Howe, sophomore, said. “It’s where you get to tell people how you feel and what you care about in a different way. [Depending] on the day [the club] can be relaxing or more exciting or fun.”
With creativity being suppressed during school, the creative outlet K-word provides is beneficial to its members who are able to learn how to express themselves. In this place they can and let out all of their emotions through poetry, Terry said.
“K-word is just a place where no matter where you come from, no matter your background, your religion or your sexual orientation, you all share something in common which is the love of writing,” Terry said. “So when you come into this place you instantly feel a connection to everyone there, it’s a family, a safe place.
Read a poem by one of the club members.
“Battlefield” by Camryn Howe