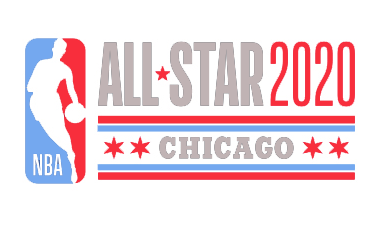 Steph Curry, Kevin Durant, Klay Thompson, John Wall and Kyrie Irving are just a handful of elite NBA players who will miss this year’s All-Star game due to injuries — but, in a sad paradox, their injuries might actually be good for the sport. This year’s game will showcase many first time All-Stars; players who have been on the cusp of selection for most of their careers but missed out by slim margins. The spotlight will now be theirs. The 2020 All-Star game at the United Center in Chicago will provide these young, talented players the chance to write their own narratives and showcase their various talents to the world. Here are TKC’s picks for the 2020 NBA All-Star game: 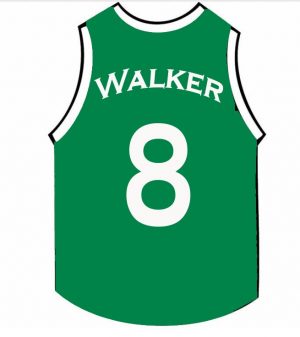 (22.1 ppg, 4.0 rpg and 5.0 apg) → Kemba Walker has changed the culture of the Boston Celtics. While he may not be as exceptional (individually) as his predecessor Kyrie Irving, Walker has displayed chemistry with the team and leadership that Irving lacked while in Boston. His crafty ball-handling abilities make him one of the most dangerous isolation point guards in the NBA, so viewers of the All-Star game should expect some highlight plays from the University of Connecticut graduate. 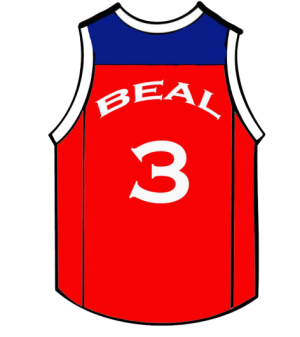 G: Bradley Beal | Washington Wizards (27.2 ppg, 4.5 rpg and 6.3 apg) → Posting career highs in points and rebounds, the two-time All-Star is once again displaying his ability to score from anywhere on the floor.  The only blemish on Beal’s resume this year is his team’s record: 14-28 (as of Jan. 21). He’ll have to continue to develop his leadership abilities if he wants to pass the threshold of superstar-dem in the league. 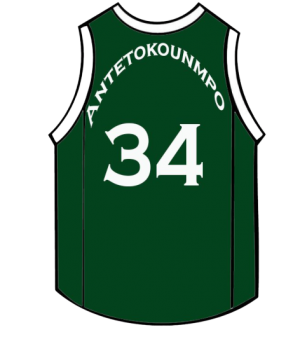 F/C: Giannis Antetokounmpo* | Milwaukee Bucks (30.0 ppg, 12.9 rpg and 5.6 apg) → He’s the Greek Freak for a reason. After winning the MVP award last year, no one thought he could get better — but he has. In addition to averaging more points and rebounds per game than last year, Antetokounmpo has now developed a more reliable three-point shot, making him likely to obtain the title of ‘Best Player in the World’ sometime this decade. 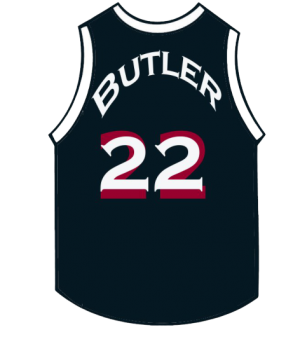 F/C: Jimmy Butler | Miami Heat (20.2 ppg, 7.0 rpg and 6.4 apg) → Jimmy Buckets. He’s listed as a starter because of a combination of two things: his statistics and his team’s success. Compared to last year, Butler is averaging more points, rebounds, assists and steals (of which his 1.9 per game ranks fourth in the league) than last year. While Pascal Siakam may be having a slightly better statistical season, Butler is a starter, in my eyes, because of the gross surpassing of expectations that his team has shown thus far. 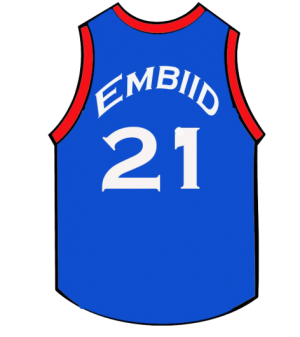 F/C: Joel Embiid | Philadelphia 76ers (23.4 ppg, 12.3 rpg and 3.3 apg) → Embiid is once again proving why many regard him as a top-two center in the league. The seven-footer has the ability to score on any defender in the post and can stretch the floor and knock down shots if needed. Staying healthy is the largest obstacle in the way of the talented 25-year-old, who can, at times, appear inhibited by his lack of lateral quickness and stamina. 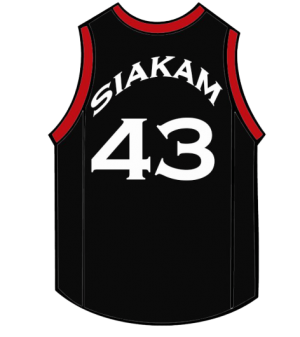 F/C: Pascal Siakam | Toronto Raptors (23.7 ppg, 7.4 rpg and 3.5 apg) → Siakam’s rapid development over the past three seasons has been one of the most remarkable stories in the league. After winning the Most Improved Player award last season, Siakam has put himself in the conversation to both win the award again and be selected to his first All-Star game. Were it not for the fact that Jimmy Butler is doing slightly better than him with a slightly worse supporting cast, Siakam would likely be starting for the East in this All-Star game. 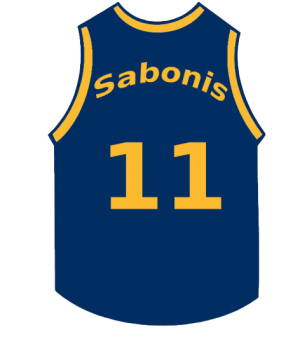 F/C: Domantas Sabonis | Indiana Pacers (17.8 ppg, 12.9 rpg and 4.3 apg) → Sabonis’ development since being acquired by the Indiana Pacers in 2017 is one of the reasons why his team is still relevant in the East without their All-NBA guard in Victor Oladipo. He’s one of the most efficient, consistent offensive players in the league and has shown flashes of playmaking abilities reminiscent of his Hall-of-Fame dad. 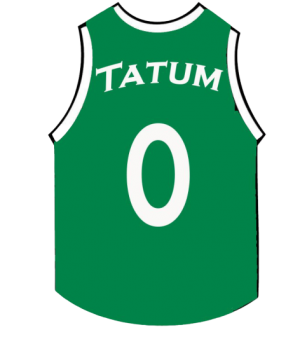 F/C: Jayson Tatum | Boston Celtics (21.5 ppg, 6.9 rpg and 2.8 apg) → A blessing in disguise, the off-season departure of Kyrie Irving from the Boston Celtics led to the climax of Tatum’s development thus far. His statistics and shooting percentages are the highest they’ve been in his career — and his team is winning (with a record of 28-14).. 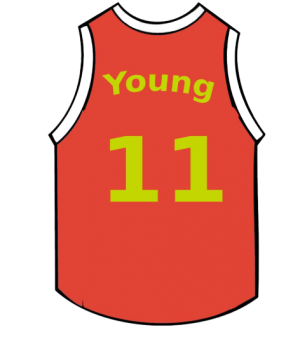 G: Trae Young | Atlanta Hawks (29.2 ppg, 4.6 rpg and 8.6 apg) → He’s a generational shooter with an underrated ability to finish around the rim. Trae Young has clearly been on a mission this year to shut up many of his doubters, and it has worked. If the Hawks were not currently the worst team in the NBA, Young would be guaranteed to start in the All-Star game because of his show-stopping three-point range and competitive fire. 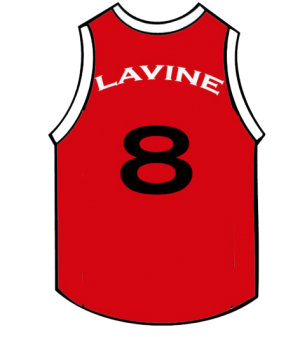 G: Zach LaVine | Chicago Bulls (25.0 ppg, 4.7 rpg and 3.9 apg) → For a team that hasn’t been great this season, currently sitting 5.5 games out of the final Eastern playoff spot, Zach LaVine’s development has been one of the few highlights. LaVine’s unique combination of explosive athleticism and knockdown three-point shooting make him hard to guard in isolation, especially when he is locked in from deep (such as making 13-17 three-pointers, tying the NBA record for single-game made threes, in a game earlier this year). 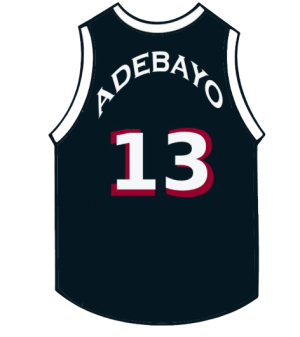 F/C: Bam Adebayo | Miami Heat (16.0 ppg, 10.5 rpg and 4.7 apg) → If you had told me before the season that Bam Adebayo would be in the All-Star conversation this year, I would have called you crazy. The trading of former starting center Hassan Whiteside over the off-season, however, paved the way for Adebayo to show the true scope of his potential. He’s the second best player on a Heat team that, thanks to the help of Jimmy Butler, has vastly exceeded expert predictions, making him deserving of his first career All-Star game selection. 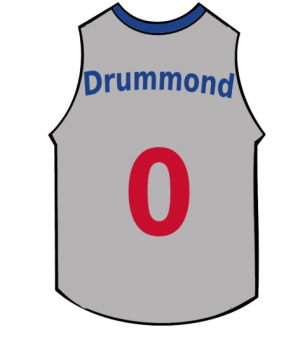 F/C: Andre Drummond | Detroit Pistons (17.3 ppg, 15.7 rpg and 2.7 apg) → Drummond is one of the best rebounders in NBA history, and it is the reason that he deserves the All-Star nod over other frontcourt players (forwards and centers) that may be averaging better statistics on better teams. 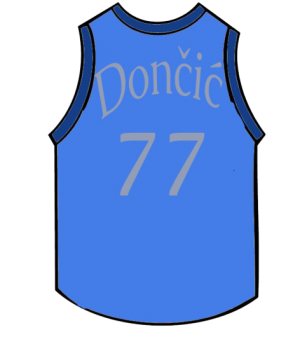 G: Luka Dončić | Dallas Mavericks (28.9  ppg, 9.7 rpg and 9.0 apg) → He might be the only player capable of competing against Giannis Antetokounmpo for the ‘Best Player in the World’ crown over the next decade; at 20-years-old and in his sophomore season, Dončić has already broken records set by Michael Jordan and Magic Johnson, and he is currently, statistically, having a better season that LeBron James did in his second year in the league. Close to being just the third player in NBA history to average a triple-double throughout an entire NBA season, Dončić deserves to be a captain in the All-Star game. 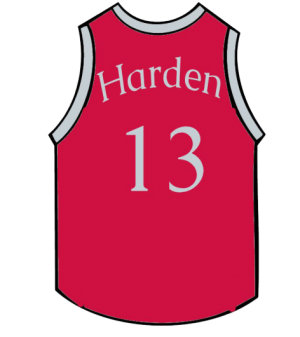 G: James Harden | Houston Rockets (36.9 ppg, 6.3 rpg and 7.4 apg) → He’s the best scorer in the league — and maybe in NBA history. With an unprecedented combination of shooting range, dribbling abilities, inside scoring and physicality, Harden occupies a preeminent slot in the rankings of unstoppable players in the league. Look for him to try and “break” the Internet again during the All-Star game. 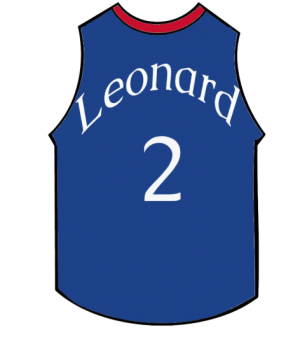 F/C: Kawhi Leonard | Los Angeles Clippers (26.9 ppg, 7.3 rpg and 5.1 apg) → Kawhi Leonard is not only a “fun guy,” but the best two-way player in the NBA. During his championship run on the Toronto Raptors last season, Leonard imposed his will on games in a dominating fashion, epitomized by his lockdown defense of Giannis Antetokounmpo in the Eastern Conference Finals. 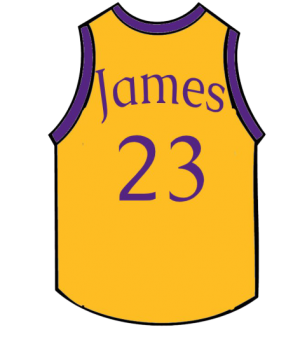 F/C: LeBron James* | Los Angeles Lakers (25.2 ppg, 7.6 rpg and 11.0 apg) → King James is still, in his seventeenth season, worthy of his nickname. The 15-time All-Star has consistently proved his doubters wrong this season, a likely byproduct of the $1.5 million price tag of his annual physical maintenance. In a season where he is leading the best team in the Western Conference, motivated by the desire to win both the NBA Championship and NBA MVP Award, James may seek to win his fourth All-Star game MVP Award in this year’s contest. 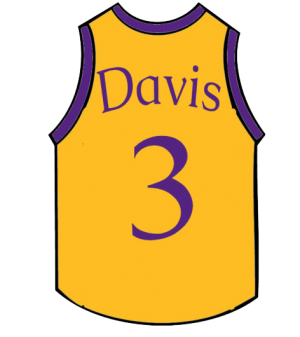 F/C: Anthony Davis | Los Angeles Lakers (26.6 ppg, 9.2 rpg and 3.2 apg) → Davis has fit in perfectly with the team that traded a majority of their assets in June to acquire him. With abilities to both play offensive roles and to cover for his teammates’ defensive lapses, Davis is a unique talent that could define this generation of players moving forward. 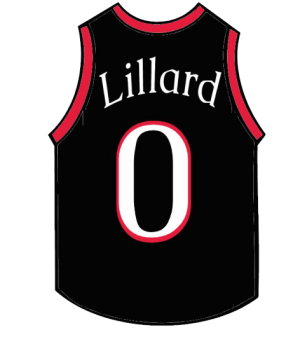 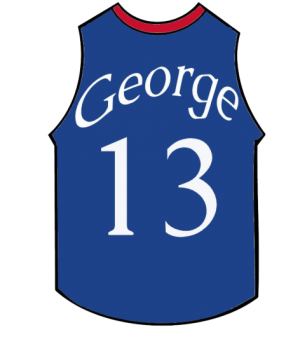 F/C – Paul George | Los Angeles Clippers (23.5 ppg, 6.0 rpg, 3.7 apg) → If LeBron James and Kawhi Leonard weren’t in the way, George would be a guaranteed All-Star starter. He’s one of the best two-way players in the league, can take over games, and has the leadership abilities to carry a team to the playoffs. 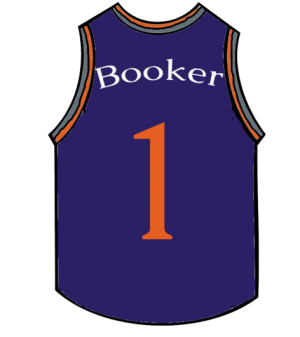 G – Devin Booker | Phoenix Suns (26.8 ppg, 4.1 rpg and 6.4 apg) → Booker deserves the first All-Star nod of his career because his play has, for once, actually complemented with his team’s success. Now in his fifth season, Booker has always been labeled an effective scorer (capstoned by his 70-point game in 2017), and he now has the support around him to give the Suns a chance to make the playoffs. 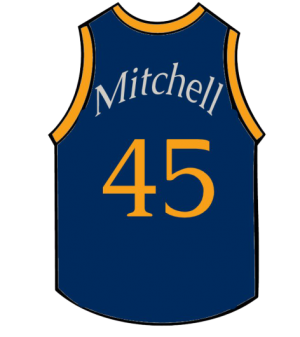 G – Donovan Mitchell | Utah Jazz (24.7 ppg, 4.2 rpg and 4.3 apg) → It’s stunning how quickly narratives change in the NBA. After a relatively slow start for a team that substantially raised the quality of their roster this offseason, the Jazz have now won 17 of 19 games — thanks, in large part, to Mitchell. He has extended his skills into previously untapped sectors, moving beyond the unbelievable athleticism that surrounded him with hype during his rookie season. Look for Mitchell to try and make a creative dunk during his first All-Star game. 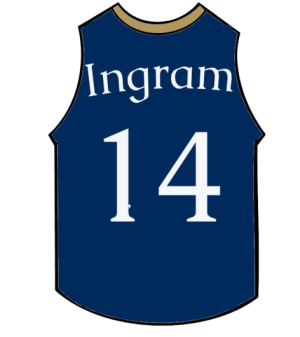 F/C – Brandon Ingram | New Orleans Pelicans (25.6 ppg, 6.7 rpg and 4.4 apg) → He’s Kevin Durant-esque in that he can score from anywhere on the court, no matter how contested. Another first time All-Star on this list, it will be interesting to see if he can maintain his production with the impending return of first overall pick Zion Williamson. 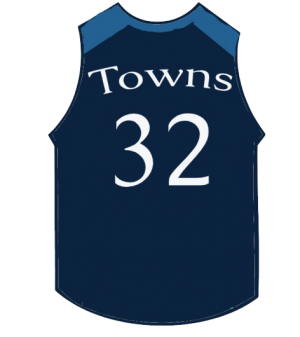 F/C – Karl-Anthony Towns | Minnesota Timberwolves (26.0 ppg, 11.1 rpg and 4.3 apg) → He’s the most polished offensive center in the NBA and has begun to develop the competitive fire that many former teammates, including Jimmy Butler, have said he needs. To take the next leap, Towns will have to show that, much like Beal, he can lead his team to the playoffs and be a true franchise centerpiece. 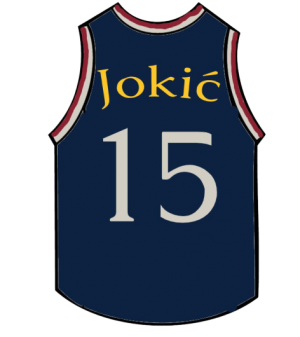 F/C – Nikola Jokic | Denver Nuggets (19.4 ppg, 10.0 rpg and 6.3 apg) → The Joker does it all. After facing criticism early in the year, Jokic has once again found the offensive versatility that makes him one of the league’s most unique players. Lacking the jumping ability that most NBA players possess, Jokic uses his physicality and footwork to thrive as a proficient shooter, low-post player and passer.

Last year’s All-Star game gave fans a chance to watch NBA legends Dwayne Wade and Dirk Nowitzki show-off their skills one final time before their retirement; this year’s game will give a handful of the league’s most talented young players to show that the league is in good hands. This season has already been filled with memorable moments, and this year’s All-Star game will likely add to the season’s highlight reel.