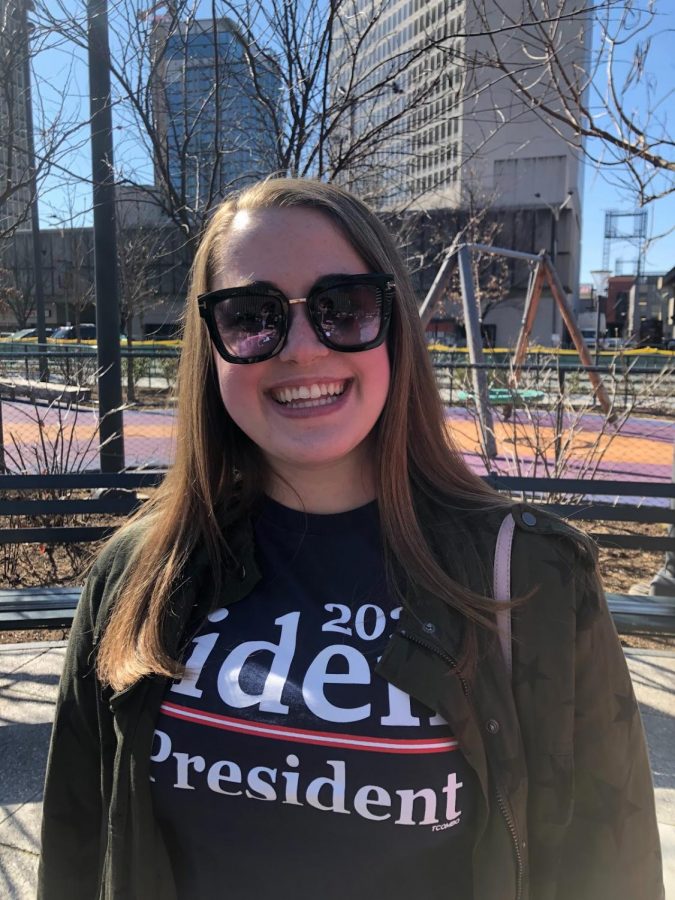 “I’m here because I love Joe Biden and I really think that he would be a great president. I mean, he was Vice President for eight years and I think he has a real shot at beating Donald Trump. Between Biden and Bernie Sanders, I think Biden has a better chance because while I like Bernie, I think his ideas are a little too radical, not as much moderate. To really appeal to everyone you have to be more in the middle, appeal to the base and I don’t think Bernie’s ideas are practical.”