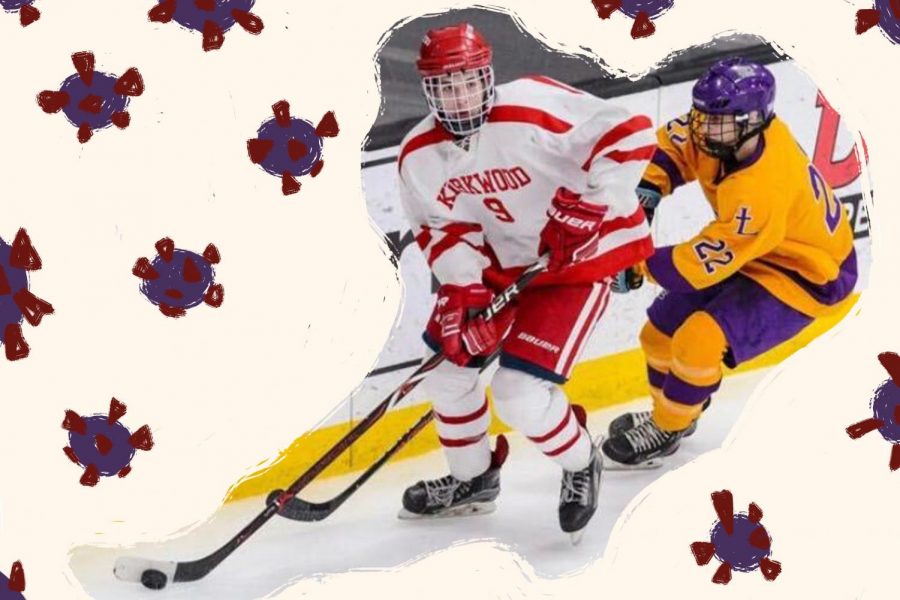 Munroe said he thinks hockey can be played safely with few contacting COVID-19.

Charlie Munroe, sophomore and varsity hockey player, has not played hockey game since March. However, Munroe said he thinks hockey can be played safely with few contacting COVID-19.

“[A lot of] other counties are opening up,” Munroe said. “I think we can just follow the procedures they are doing. Maybe not as many fans, or no fans, just parents in the stands. If we wear a mask coming in and out of where we need to get ready, and social distance, I think we could be fine. Yes, [it’s a] high contact sport, but I don’t see anyone breathing on each other.”

Munroe said he is frustrated about Page’s decision because the decision hurts his opportunity to get scouted. Munroe said the cancellation of games will not completely take away his chance of playing hockey in college, but that it will definitely make it more difficult so he thinks athletes should be able to decide on their own if they play or not.

“I think the risk is worth it,” Munroe said. “Corona affects everybody differently, so we truly don’t know. But if you don’t feel safe then feel free to opt out, but if people wanna play then I think they should let them play because you are willing to take that risk.”