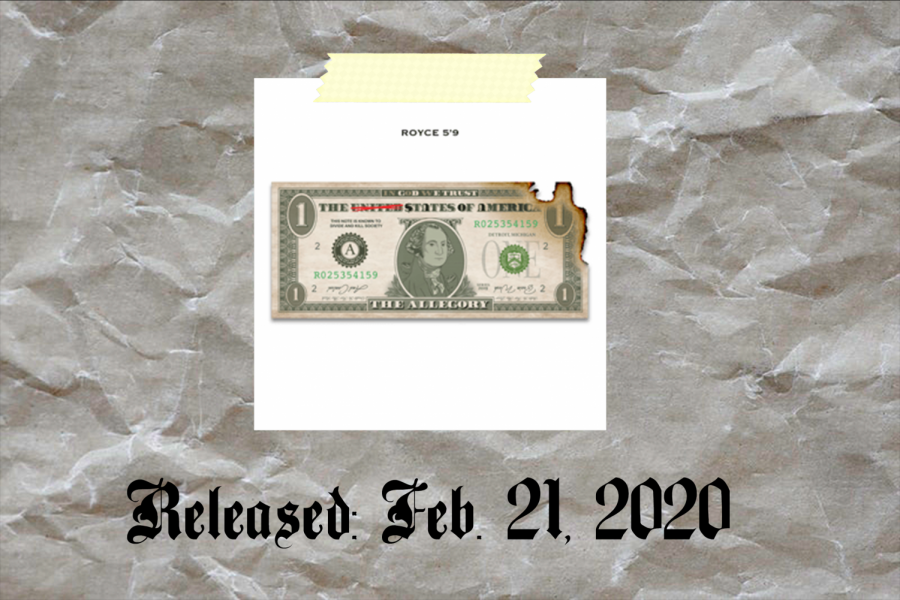 “The Allegory,” nominated for Best Rap Album of the Year, is a multi-faceted project, making it the presumptive winner of ‘most polarizing’ on this list. While the album lacks the trap-centric beats popular in mainstream rap music, the abundance of ‘doo-wop-esque’ samples and effective production makes this album a refreshing deviation from the sounds of conventional hip-hop. And, yet, Royce Da 5’9” does not stop there. He builds on these unique beats with the most politically and socially conscious lyrics of any rapper on this list; inspired by the philosopher Plato’s ‘Allegory of the Cave,’ Royce Da 5’9” raps about the aspects of America life — violence, capitalism, racism and injustice — he believes serve as the country’s genesis, critiquing society’s willingness to ignore this reality by focusing on the less problematic aspects of life that are easier to perceive (skewing our perception of how the world truly functions). While this album can sometimes feel overwhelming due to the various allusions and metaphors within, I’ve ranked it in my top ten because Royce Da 5’9” collaged superior wordplay, complex ideas and novel production in a way that is generally digestible and always enjoyable to listen to.