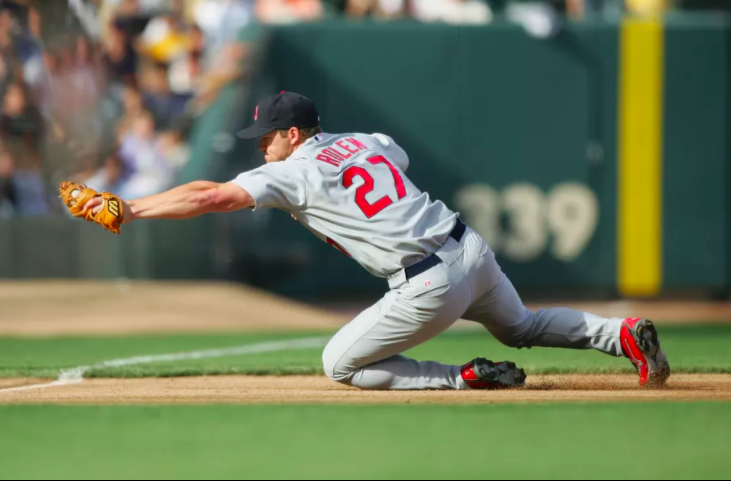 In the field, Rolen’s all-out playing style made him a rock at the third base position,

Rolen’s impact on the Cardinals during his five years in The Lou was nothing but extraordinary. In the field, Rolen’s all-out playing style made him a rock at the third base position, winning four Gold Gloves. In the batter’s box, Rolen’s dominance persisted, having an OPS (On-base and slugging percentage) over .900 three seasons with The Redbirds. An OPS of .900 or higher usually puts a hitter into the upper talent level of hitters in the MLB.

However, an especially phenomenal season for Rolen was his 2004 season in which he finished in fourth place for NL’s most valuable player (MVP), placing behind elite MLB sluggers Barry Bonds, Adrian Beltre and Albert Pujols. Rolen should be a sure-fire candidate to get into the Baseball Hall of Fame with his career resumé.

Another good addition that Rolen provided to the Cardinals was his winning mentality. Rolen has expressed in multiple interviews how heartbroken he was after the Cardinals were swept in four games by the Red Sox in the 2004 World Series, because that Cardinals team had been the best MLB team he had played for yet.

“I told my wife five days [after the 2004 World Series vs. Boston] that I’m never gonna win a World Series because I can’t even play on a team better than that one,” Rolen said in his interview with KSDK. “Lo and behold, ‘06 comes around we [were] the worst team in the regular season to ever make the playoffs, and we storm right through.”