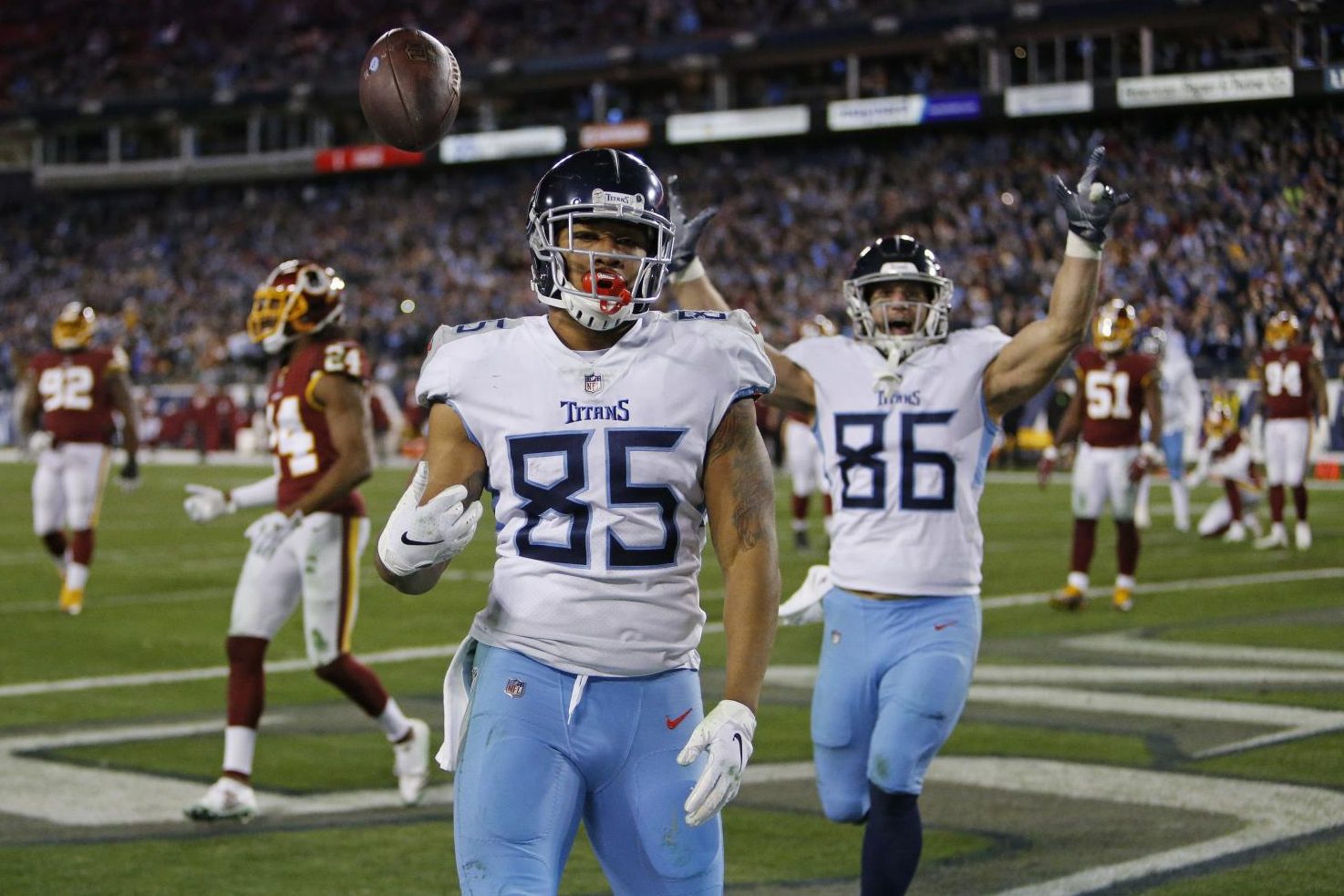 MyCole Pruitt celebrates scoring a touchdown for the Tennessee Titans.

Photo courtesy of the Tennessee Titans

For MyCole Pruitt, 2010 KHS graduate and current Tennessee Titan, playing professional football wasn’t always a dream ⁠— and when it became one, getting there didn’t materialize easily. Achieving this eventual dream meant sacrifice: being bussed from the city to KHS and getting by with what his mom could afford for their family. Despite these obstacles, however, Pruitt’s hard-working nature and pursuit of improvement ultimately helped him make it to the NFL.

“When you think you’re working hard, there’s probably someone out there working even harder,” Pruitt said. “If you really want to make it, you have to put in time and effort and make sacrifices that don’t come easy. I [tried to] and still try to step on the field and do the best I can every time I’m out there.”

“[When] the background is such that you don’t have [much] experience, virtually everything and every aspect of the game has to be reaffirmed and reaffirmed,” Hagerty said. “[Pruitt] was much bigger, much stronger than some kids who were a couple years older than he was, [and so] we plugged him into [the offense] and asked him to do things that 18-year-olds couldn’t do.”

It didn’t take long for Pruitt’s teammates to notice his abilities at both defensive end and tight end. According to Ahmad Hicks, 2009 KHS graduate and teammate of Pruit at both the high school and collegiate levels, Pruitt’s arrival in the NFL seemed inevitable during those formative seasons.

“Dello Davis, a former [football] star at KHS, literally sat [with] me on the bus one day as MyCole got off the bus, and we both looked at each other and he said, ‘MyCole is going to the NFL,’” Hicks said. “When MyCole got between those white lines, no one played with more passion than him. [His] work ethic on the field and intensity were unmatched, especially at the moment when he knew he could take it to the next level and become a dynamic player.” 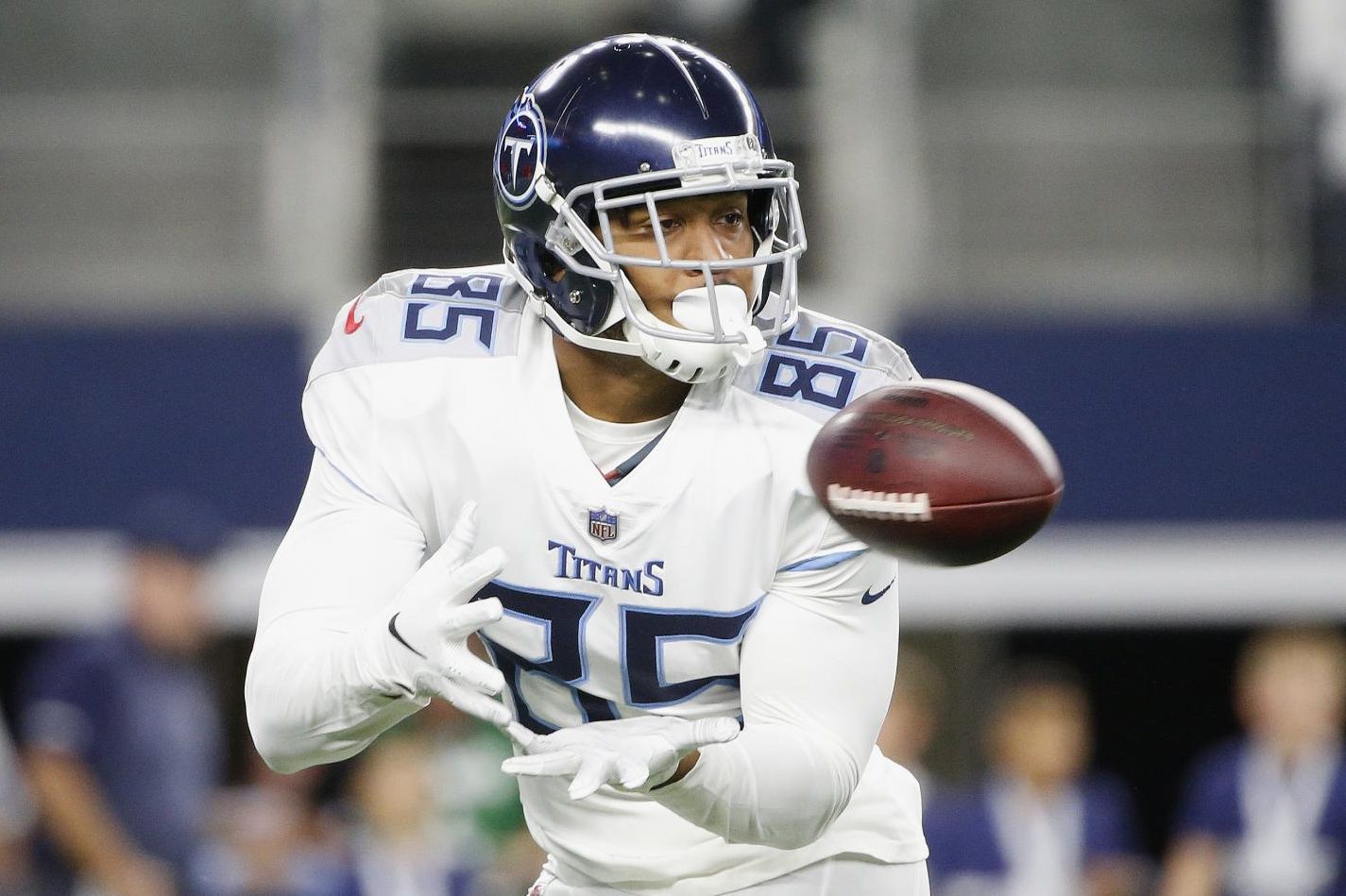 Photo courtesy of the Tennessee Titans

Hicks’ observations of Pruitt during high school foreshadowed the eventual direction of his career. Pruitt was named first team All-Conference tight end in his senior season, and then attended Southern Illinois University Carbondale (SIUC) on a football scholarship. Following his senior season at SIUC, Pruitt was named a First-Team All-American by the Associated Press (AP), selected Football Championship Subdivision (FCS) tight end of the year, led all Division I tight ends in receptions (81), receiving yards (861) and touchdowns (13). He was selected by the Minnesota Vikings in the fifth round of the 2015 NFL Draft. According to Hicks, the evolution of Pruitt’s game correlated directly with his personal maturation.

“When I got to college, it was even more clear how much better MyCole was than everyone else. We centered our game-plan around him,” Hicks said. “[He had] become a lot more confident, passionate and vocal. He went from being a quiet guy who kind of just let his play speak for himself on the field to a leader who was very outspoken.”

Now in his eighth season out of high school football, Pruitt still recalls a couple of his standout high school football moments fondly: returning a tipped pass for a touchdown and making a spectacular reception while guarded by four defenders. Even these memories, though, according to Pruit, can’t compete with those forged on Turkey Day.

“[I played in my] first Turkey Day [when] I was a freshman, [which we] won,” Pruitt said. “The next year was the 100th anniversary, and we won that one also. When you play in the game and end up winning and get to ring the [Frisco] Bell going off the field with your team, and everyone in the stands is going crazy, it’s an exhilarating feeling.”

That feeling, according to Pruitt, still hasn’t faded. Pruitt has been many things since high school: a Saluki, Viking, Bear, Bill, Texan and, now, a Titan, but he said he will always consider himself a Pioneer—and, in true Pioneer fashion, sees no reason why KHS won’t end this year’s Turkey Day victorious.

“It seems like right after I left the championship runs starting happening, the rings started coming,” Pruitt said. “From the looks of things Kirkwood has a pretty good system going for them and know how to get it done. I’ve always got the Wood.”

Where do the Rams fans go to hideaway?