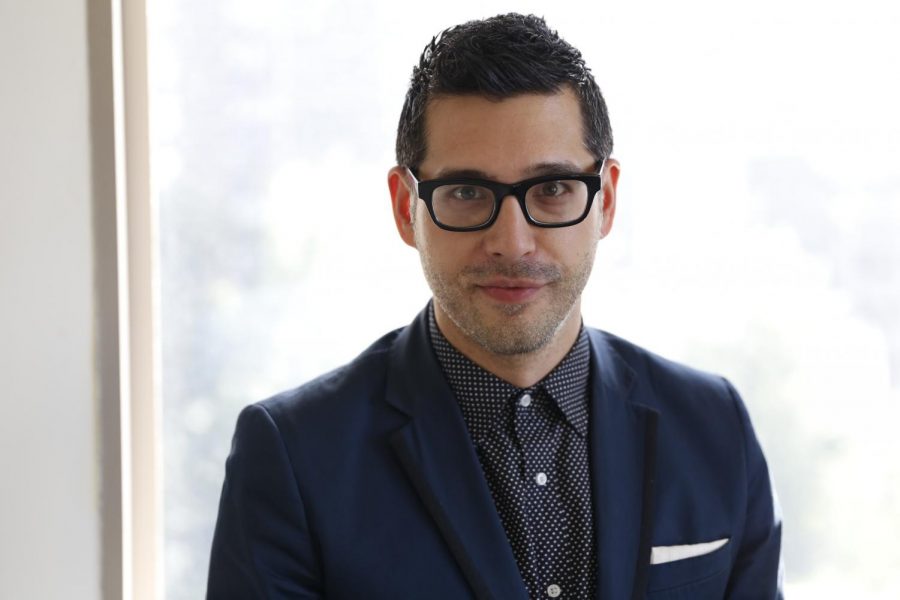 Where are they now: Tim Leong

In the Target checkout aisle, laying across a coffee table in your dentist’s office or peeking out from a rack at the nail salon, is the iconic pop culture magazine: Entertainment Weekly (EW). With faces of high-profile celebrities, or the latest show to binge watch on it’s cover, this American magazine distributes a whooping 1.8 million copies per week. The man behind these covers and page layouts is Tim Leong, EW creative director, 1999 KHS graduate. But Leong hasn’t always been in the big-leagues. In fact, when his journalism career began, he was a timid freshman making a B+ in Mrs. Copley’s English class.

“Whatever he did, he was just serious about it,” Connie Copley, KHS English teacher from 1980 to 2005, said. “So, when the [journalism] kids came to our classroom and talked about Pioneer and working on TKC, Tim expressed some interest. I thought, ‘Yes! Yes! I think that you would be great,’ and I wrote the recommendation for him.”

Although Leong was declined as a designer for Pioneer, H.L. Hall, KHS journalism adviser from 1973 to 1999, let him on staff as a caption writer. Over the following three years, Leong became deeply involved with the journalism program.

“My philosophy was ‘If something is worth doing, it’s worth doing well,’ and he bought into that philosophy,” Hall said. “He was willing to go the extra yard. He went to summer camps to further his knowledge and he was just a hard worker. He gave his all. Pioneer became his high school life.”

After serving as editor-in-chief for Pioneer his senior year, Leong attended Mizzou and majored in journalism. There, Leong worked on staff for The Maneater, Mizzou’s student newspaper. “I was a reporter and it was fine,” Leong said.

There was not an exact moment when I knew, it was just something that had always been tugging on me. I knew I wanted to be a designer.”

“So, [at the start of] second semester I switched.”

Ever since Leong switched over to his true passion of designing, he hasn’t stopped. He has worked for a multitude of publications including Fortune, Wired, Complex, Men’s Health and currently EW.

“Working at EW is a dream job,” Leong said. “I am truly blessed to work with such an amazing team of people and have such a cool job. I am excited about going to work every day. That is something I tell students all the time: find something you really love to do.”

EW, stationed in NYC, covers all things pop-culture and behind the scenes of today’s media, shows and music. For Leong, meeting celebrities like Lady Gaga, Stephen Colbert, Jonah Hill or Channing Tatum is part of his weekly routine.

“I’m flabbergasted with what he has done with design as a professional,” Hall said. “He was a copywriter for me on Pioneer, not a designer. He’s been unbelievable.”

Along with heading up design for EW, he also has authored two infographic-style books. Both heavy on design, “Star Wars Super Graphic: A Visual Guide to a Galaxy Far, Far Away” and “Super Graphic: A Visual Guide to the Comic Book Universe” give readers a quirky insight on cultural American classics. Copley says she has been delighted to learn of her former student’s accomplishments in the world of communication.

“You never know with kids the influence you have by what you say, do or write down, or what the long term effects of that will be,” Copley said. “[He is] a kid you’d be really proud to call your son or your student.”

Where are they now: Tim Leong