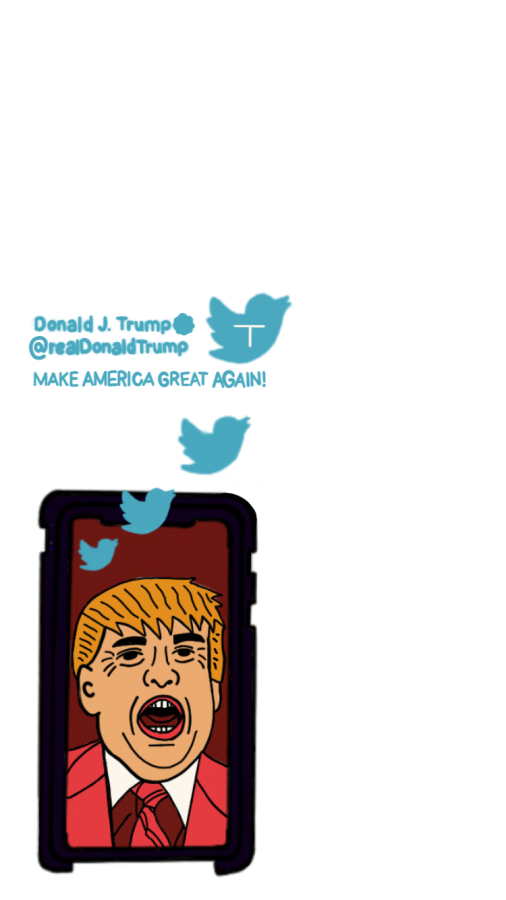 It doesn’t matter who you are: If Trump likes what you have to say, he will amplify your message. And he won’t hesitate to use exclamation points.

One misspelled word in a 12:06 a.m. tweet sent the Twitter world into a storm in May 2017. Many users tried to figure out what it meant. Some suggested it become the name of a Crayola crayon. Others said it would be the name of One Direction member Louis Tomlinson’s baby, making #covfefe a trending topic.

It seems that no matter what President Trump says to his Twitter audience of 86 million people – gibberish or not – it dominates the headlines for days to come.

Since 2016, President Trump has largely tweeted from his personal account @realDonaldTrump, rather than the official @POTUS account, unlike former President Barack Obama. All tweets from Trump’s personal account are considered official statements. Unlike Trump, Obama would tweet from both the @POTUS account and his personal Twitter, but always signed his name to any @POTUS tweet that was directly from him so as not to mislead the public. Trump, however, has thrown social media precedents out of the Oval Office window.

Known for tweeting at all hours of the night and into the early morning, Trump is constantly sharing campaign videos, retweeting news or making statements. Obama may have been the first president to use Twitter, but Donald Trump, according to The New York Times, has tweeted more than 11,000 times during his presidency. He could easily be called the “Twitter President.” While most media attention is focused on Trump’s Twitter account, he still manages to maintain a large following on other platforms. He reaches an audience of 21.9 million on Instagram and 29.2 million on Facebook, leading Joe Biden (9.5 million Twitter followers) considerably. According to a TKC survey, 15.9% (41/258) of KHS students follow President Trump on at least one social media platform, compared to Biden’s 15.1% (39/258).

Trump is also an avid re-tweeter, sharing tweets from people who agree with him or make a point he likes. He shares tweets from well-known figures like Fox News contributor Lou Dobbs or Grand Old Party (GOP) officials, but also recognizes smaller accounts. It doesn’t matter who you are: If Trump likes what you have to say, he will amplify your message. And he won’t hesitate to use exclamation points.

In his campaign for reelection, Trump has posted about a variety of topics including but not exclusive to campaign messages highlighting his focus on economic well-being and jobs, updates on his rising approval rating, photos from rallies and graphics discussing his recent achievements in peace deals. He caters to what his voters want to hear, and validates their ideas. However, Trump does not run his accounts completely alone. He has Dan Scavino, his communications director since 2018, to thank for parts of his online persona. Scavino first joined the campaign in 2015 to help with Trump’s social media, and is said to be one of Trump’s closest advisers. Scavino has also remained a part of Trump’s team longer than any other individual, excluding family.

This year, Trump expressed disdain when Twitter censored and fact-checked some of his tweets. Two tweets about mail-in voting had a Twitter label (a small, red warning and link at the bottom of a tweet) added to them because Twitter said they “believe those tweets could confuse voters about what they need to do to receive a ballot and participate in the election process.” In late August, Trump retweeted a post containing information about CDC statistics on the coronavirus which were later determined false. Twitter removed the tweet for violating the company’s rules. This began a conversation on Twitter censorship and brought forth accusations of cross-platform silencing of conservative voices.

When it comes to Trump’s social media presence, whether you’re outraged or laughing, offended or entertained, you can’t deny one thing: You’re talking about President Donald Trump.

And that’s exactly what he wants. 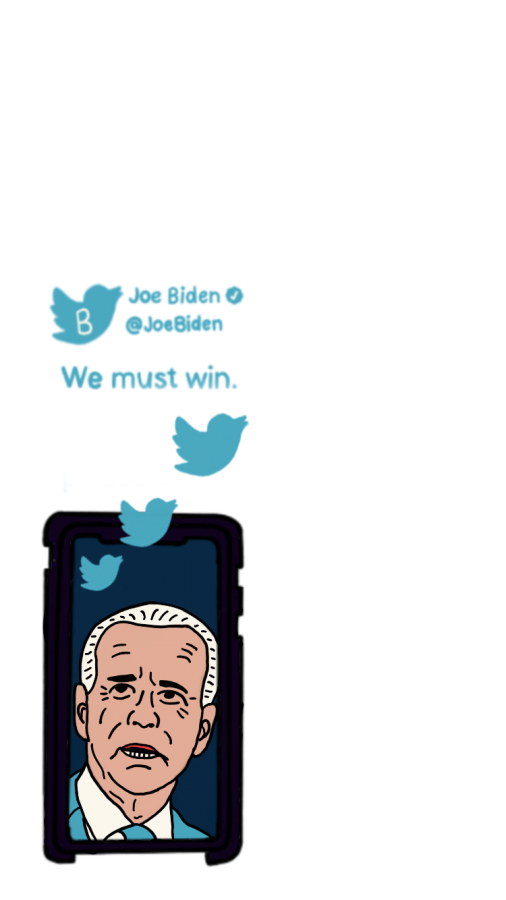 “I can’t believe I have to say this, but please don’t drink bleach.”

Democratic presidential candidate Joe Biden indirectly attacked President Donald Trump’s statement at a press conference in April in which he said, “I see the disinfectant where it  knocks [the coronavirus] out in one minute. One minute. And is there a way we could do something like that, by injection inside or almost a cleaning?” The tweet has been liked more times than any other tweet from the former vice president — 1.6 million to be exact. Even in the realm of social media, Biden seems to gain the most attention when he makes a remark disparaging President Trump.

Ever since President Trump was elected in 2016, social media has become an increasingly important means of communication, showing support and discourse. This year, the stakes are high and both candidates want to dominate the headlines.

Joe Biden tweets from his personal Twitter account @JoeBiden (9.5 million followers), and his staff uses the account @TeamJoe (134.2 thousand followers) to “build a grassroots campaign.” While it’s no doubt Biden’s tweets are more professional and reminiscent of Obama’s, his posts fail to gain the same attention among both news sources and the general public that Trump’s do. Biden reaches 3.9 million users on Instagram while Trump reaches 21.9 million; he is liked by 2.3 million on Facebook, dwarfed by Trump’s 29.2 million. According to a TKC survey, 15.1% (39/258) of KHS students follow Joe Biden on at least one social media platform, compared to Trump’s 15.9% (41/258).

However, Biden spent $60 million – the largest ad-buy of any presidential candidate in history, according to his campaign – on reaching voters via social media and gaming platforms. According to the Washington Post, Biden’s campaign also announced a new initiative to reach people of color. By hiring three new communications aides this July – all people of color – to his campaign, Biden’s goal is to maximize outreach and diversify his team.

The Biden campaign also targets younger people. Recently, the campaign released  official Biden-Harris designs on the Nintendo game “Animal Crossing: New Horizons.” This strategy gets a younger demographic to be more aware. Whether they can vote or not, the election will likely feel more personal to them as a result. Additionally, Biden’s Instagram account features organized highlights for easy access to Q&As, information on getting to know Biden, taking action, and Biden’s plans. His feed includes a variety of eye-catching infographics, campaign videos, and posts about Trump – all of which are easily shareable to an Instagram story. Biden’s social media team has also created and compiled a “Team Joe Digital Tool Kit” which provides pre-made graphics, videos and photos for anyone to share on social media.

Biden’s social media posts focus on the issues that are central to his campaign like climate change, the handling of the coronavirus pandemic, and healthcare. However, some of his most liked tweets are ones that are critical of Trump, proving that many people are voting for Biden solely because he is not Trump. Reflecting the efforts of his social media campaign to create voter popularity, Biden leads Trump in number of enthusiastic supporters, according to a CNN poll which has Biden polling at 53% and Trump at 46%.

Going into November, Biden is spending more than any presidential candidate ever has to reach people digitally and outshine his political opponent. But the question remains: will it be enough? 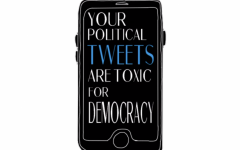 Your political tweets are toxic to democracy 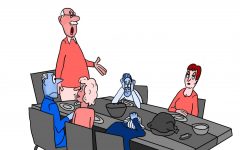 Five steps to the best political discussion this Thanksgiving