KHS is a unique place and without our traditions/community we are just another indistinguishable and anonymous social aggregate.

KHS ran out of tickets for the Nov. 2 Friendship Dance, Oct. 30. Webster Groves High School (WGHS) and KHS each originally had 1,000 tickets, with 100 of those designated as guest tickets. When the dance is held at KHS, every other year, more tickets are available than when at WGHS since their gym is smaller. All seniors received an email with instructions to sign their name on a list if they would like tickets and hadn’t already purchased one in the case that more become available.
“Dr. Havener and I came on the announcements two different times earlier in the week and told people we were selling tickets at a faster rate than we’ve sold them in a long time,” Jeff Townsend, senior class principal, said. “I’m disappointed that all my seniors can’t go, but it’s the Friendship Dance. There’s a limited amount of tickets whether we’re home or away. The venue is the venue.”
Many students are upset due to the lack of tickets, and some remain ticketless. Tickets cost $10 and sales began last week on Monday, Oct. 21. A few students resorted to second-hand ticket sales. According to Dr. Michael Havener on the intercom, these tickets are invalid unless scanned and attached to the corresponding KHS student IDs. Students must go to Townsend’s office with their ID, the ticket and the new student’s ID to reassign the ticket. If a student arrives at the dance with a ticket that does not align with their name, they will not be let in.

“They had a while to buy [tickets], so boohoo,” Gary Winthorn, freshman who sold three tickets, said. “I just waited to sell tickets so I could sell them for $50. I found a couple on the ground and bought one. I sold three of them.”
Students making an effort to purchase their tickets were left empty-handed. Lines to buy tickets stretched through the commons during lunch.

I’m disappointed that all my seniors can’t go, but it’s the Friendship Dance. There’s a limited amount of tickets whether we’re home or away. The venue is the venue.”

“[The sell-out] really frustrates me,” Matthew Hartmann, senior, said. “In the past, tickets haven’t sold out like this. I went from class five minutes early to lunch to get in line for tickets, and there was a 30 [to] 40 person line already. When I [got] up there and I’m one away from the window, I’m told they’re all gone.”

Students have been discussing different ways to solve the problem. Some students have even taken action in protest of the sell-out.
“I did [start a petition],” Cameron Macon, senior, said. “I don’t know if it’s [going to] do anything, but I felt like I’ll make one and see what I can do with it, especially since some of my friends don’t have tickets.”
As the administrators attempt to get more tickets from WGHS, many in the KHS community want a dance where all can attend. The perpetual suggestion of ending the Friendship dance arises once more.
“[Ending the Friendship Dance] comes up quite a bit,” Townsend said. “This is a community tradition that’s been around for a long time. I think there would be some people that are extremely disappointed that we didn’t take this opportunity to [unite the schools]. Our community, our school is based around a bunch of traditions. There’s more to it than just [ending it].”
Update: there are more homecoming tickets for sale at normal price in the 12th grade office today, Oct. 31. Seniors who wrote their name on a list saying they would like one are first priority. 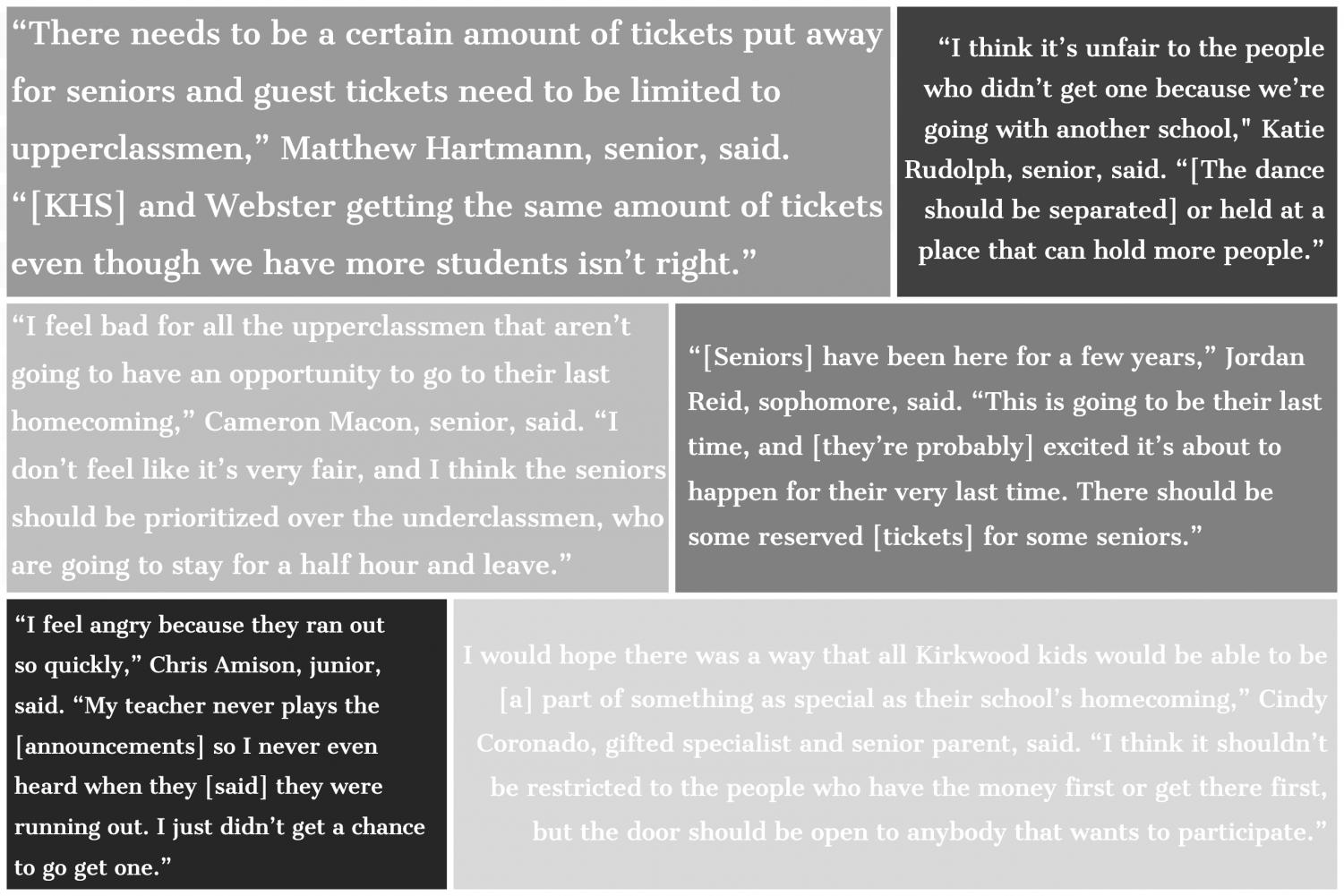 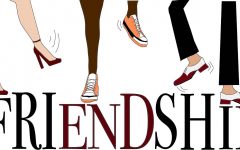 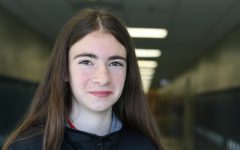 Donate to The Kirkwood Call
$20
$500
Contributed
Our Goal