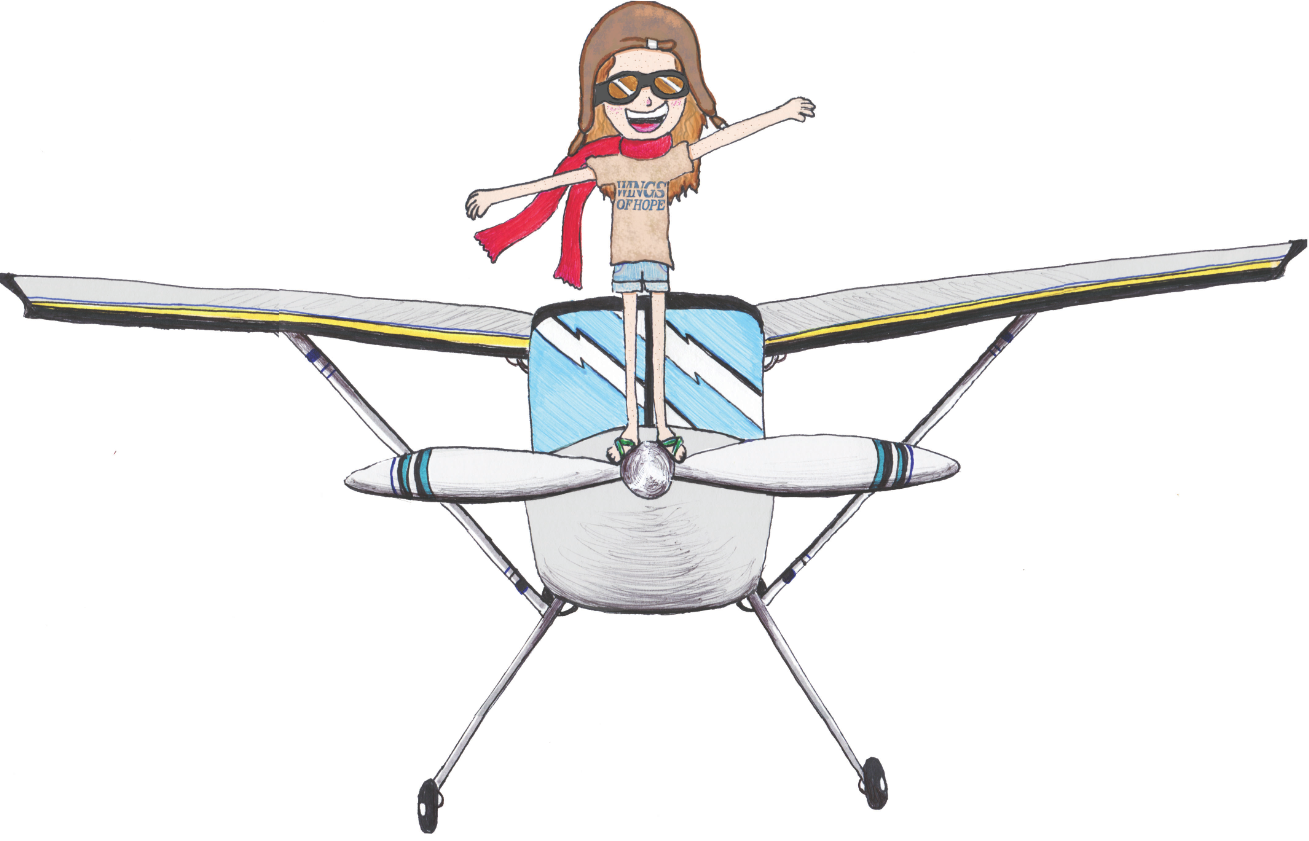 While other girls were trying makeup for the first time, finally getting to stay home by themselves, or making it to level 10 on Angry Birds, Christina Koch, 12 at the time, completed her first flight with her dad in the co-pilot seat. Christina, junior, gets the chance to fly her father’s airplane whenever he is willing to take her.

“My first flight was to Lake of the Ozarks,” Christina said. “I sat in the pilot’s seat before the plane was in motion just to be excited and say, ‘I’m in the pilot’s seat’. I wasn’t really afraid, because I had grown up with my dad talking about how [flying] was a normal thing.”

Christina virtually grew up around airplanes, because unlike other families who drive or take a commercial flight for vacations, the Kochs usually fly themselves. On occasion, Christina gets to take over and fly her family, but only when her dad is in the co-pilot seat because she cannot fly herself until she gets her license.

“It’s enjoyable to see her develop the skills and to see her excitement [for flying],” Phillip Koch, Christina’s father, said, “[and to hear her say] ‘I’m doing it; I can’t believe I’m doing it.’”

Flying their family to vacations is not the only thing Christina and her father do. For Christina, flying the private plane is just one joy. Another would be the organization Wings Of Hope she and her father volunteer for.

“[Wings Of Hope] flies sick children to hospitals who can’t afford it,” Christina said. “I can’t wait to get my pilot’s license because then I can start volunteering for them in the airplanes.”

Christina’s close friend, Sarah Finley, junior, almost got a chance to ride in the plane, but due to bad weather, their trip was postponed. Sarah said Christina does not talk about flying much, but she knows it is a huge passion of Christina’s.

“It was weird knowing she [could] fly an airplane before she got her [driver’s] license,” Finley said. “She inspires me because it’s such a high goal.”

In the long run, Christina hopes to get her pilot’s license after turning 17. She wants to be like her dad by flying her own family places when she grows up.

“Since I was a really little girl, I thought it was cool that we fly ourselves on vacations,” Christina said. “We’ve been to a lot of the states due to the fact that my dad can fly us. I want to do that with my family when I’m older and be able to explore the world with them like I do with my family now.”