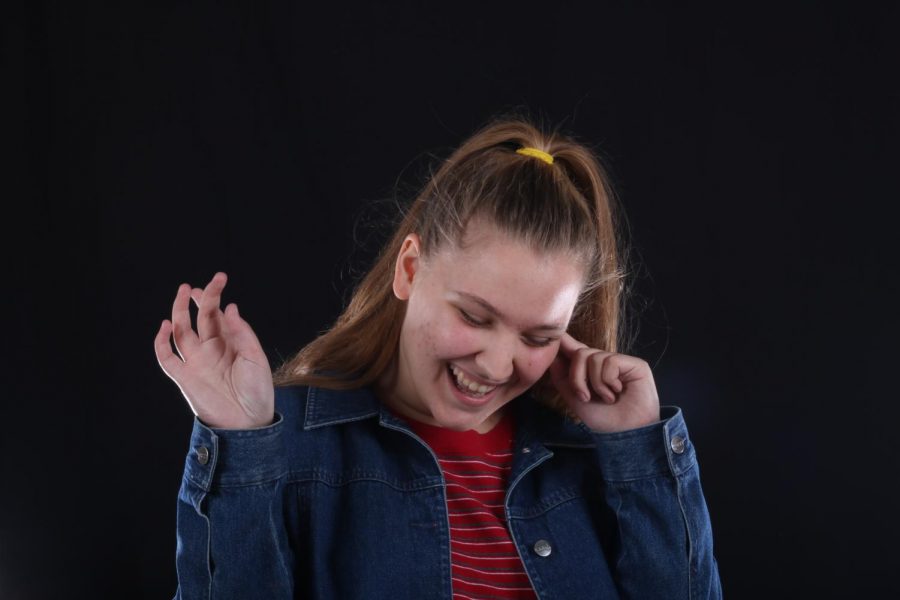 Once more with feeling

A sharp sound emits from the piano as Mary Cleary, junior, hits the wrong key. She smiles, fingers hovering as she awaits the corrections from her father. Growing up with her father’s musical influence, Mary sees her father’s happiness with her following his footsteps and recognizes her father’s desire to help her continually improve her skills in both piano and vocals. Most importantly, Mary recognizes they have strengthened their relationship through music.

“When my parents were separated, my dad [and I] weren’t as close,” Mary said. “I stayed with my mom most of the time, and he wasn’t around much. I don’t think we could have rebuilt the relationship we have today without [music].”

Although it began as a mere interest to Mary, she quickly fell in love with music. Mary’s father, Tim Cleary, has played the guitar, piano, drums and sang since high school. He has exposed all his children to music since they were young, but Mary has always loved it the most.

“It’s [exciting] to have something you love so much and are so passionate about and have your kids take interest in,” Tim said. “It’s very rewarding to see them grab onto that.”

Discovering a love for music in elementary school, Mary began expressing her passion for music through singing in talent shows. According to Mary, she did not worry about others’ opinions as she loved performing.

Moving from Keysor Elementary School to NKMS, Mary’s passion for vocals only grew. Mary participated in choir all three years at NKMS, and once she reached KHS, she signed up to take the non-audition Women’s Chorus class taught by KHS choir teacher David Cannon.

“[Mary] is very disciplined,” Cannon said. “But at the same time she searches for her joy [in music]. She is full of positive energy, it’s a family trait.”

Every time I [sing] I feel like it is what I’m meant to be doing.”

According to Mary, joining Women’s Chorus motivated her to work harder for acceptance into the audition-only choirs at KHS. Sophomore year, she participated in A Cappella choir and the after-school vocal jazz program, Prism, which made her realize she had a love for vocal jazz. Currently, Mary is involved in the Kaleidoscope Vocal Jazz choir and A Cappella.

“The people in [vocal jazz] are people that really care about music,” Mary said. “When you are in a big choir class not everyone is going to care about [music] with their whole heart and soul like you do.”

According to Mary, she wants to move forward as a musician and hopefully find a career in music. She works each day to improve herself and her music by accepting both criticism and praise.

“Mary is a special student,” Cannon said. “She is a combination of being passionate about her craft and open to being vulnerable which allows growth to happen.”

Mary said throughout all the auditions and performances her father has been right there cheering her on. Tim discovered his own passion for music when he was in high school after his older brother began playing guitar. Later, Tim taught himself to play the piano and took vocal training courses in college. Although nursing is his primary occupation, he said his adoration for music has continued into adulthood and has evidently spread to his daughter.

“Music has gotten me through times where I didn’t feel myself,” Mary said. “There have been times I don’t feel good about myself, but going back to that stable thing I love to do is something I don’t feel anything else could give to me.”