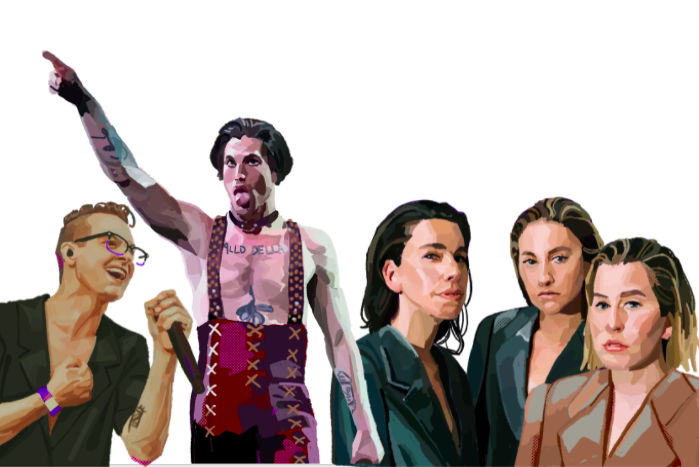 Check out three TKC staffers’ favorite up-and-coming rock bands and find someone new to listen to.

Not many bands have a setlist of non-stop bangers, but The Wrecks never miss. The four-member, indie-rock band based in Los Angeles released their debut EP, “We Are The Wrecks,” in 2015. The band snuck into a home recording studio where a friend was house sitting and recorded their first album. Even with little to no producing experience, the album quickly hit the alt-rock charts, effectively launching The Wrecks’s career.

“We Are The Wrecks” included three songs, the most notable being “Favorite Liar.” This single is largely credited for the band’s fast leap to fame and is still one of their top songs. The catchy guitar riffs and well-placed bass support Nick Anderson’s strong vocals perfectly, guaranteeing you’ll have this song on repeat for days. The song seamlessly blends hard rock with the more upbeat, catchy tunes that have come to be The Wrecks’s trademark.

Next came the “Panic Vertigo” EP with five songs, including another top hit, “Figure This Out.” This track utilizes clever, memorable lyrics and perfectly-timed bass drops to become a crowd favorite. After “Panic Vertigo,” the band played around with several singles and some covers, including a snappy rendition of Hall and Oates’s “Rich Girl.”

But the best work from The Wrecks is their first full-length album, 2020’s “Infinitely Ordinary.” This album, though only 24 minutes, packs a punch. When I said The Wrecks never miss, I specifically had this album in mind. The album as a whole takes listeners on an emotional journey while still upholding the quality of the music and beats. When The Wrecks give up the guitar and drums for a slower song, they make up for it with mesmerizing piano and thoughtful lyrics. The album’s title track starts this way and slowly builds into a beat drop you’ll want to use for all your summer montages. And trust me — the song is even better performed live with The Wrecks’s energetic and captivating stage presence.

The complete discography is perfect for both wild parties and late-night drives, yet again showing the versatility and quality of The Wrecks’s music. Whatever setting you find yourself in, be prepared to have these songs stuck in your head for days. But I don’t think you’ll mind.

The four member band Mäneskin is the embodiment of a badass rock band. Victoria De Angelis (bass), Ethan Torchio (drums), Thomas Raggi (guitar) and Damiano David (vocals) are often spotted in their signature heavy black eyeliner, leather and studs with fishnets. The Italian band’s name comes from the Danish word “moon” in honor of Angelis’s heritage. Their rise to fame reads like a stereotypical modern-day-music story with them placing second on Italy’s X Factor, then going on to win the Sanremo Music Festival which would send them to represent and win Eurovision 2021. Before the late-night shows, the band was a group of 15 year olds trying to create a platform for their music in Rome. Given the platinum status of their song “Beggin,” it’s safe they have exceeded that goal.

Their songs range from angsty Italian lyrics to ballads like “Le parole lontane,” which deviates from their usual guitar riffs, David’s gravelly voice and the rock core of many of Mäneskin’s EPs.

Despite the language barrier, they are masters of emotion, with instrumentals that will have you dancing along. This is just what happened with their 2017 song “Beggin,” which reached TikTok fame along with “I Wanna Be Your Slave,” and held their core sound of strong guitar, drum and bass backs with David’s effortless rock swagger.

From TikTok thirst traps to kick-ass performances, Mäneskin is “it.” They’re sexy (especially lead singer David, who performs like Rolling Stones crafted him in the womb.) They’re European and they have songs with layers that are reminiscent of Queen, minus Bohemian Rhapsody. Leave it to a group of Italians dripping with swagger and musical talent to be able to bring rock back to the U.S. charts.

These girls (and guy) rock, seriously. HAIM, the SoCal girl-band made up of three sisters (Este, Danielle and Alana) and their drummer (Dash Hutton) have been around since 2007. They became a full-time band in 2012 before releasing their debut album “Days Are Gone” in 2013. Since then, the sisters have developed their sound into something irreplaceable. Apple Music describes it as, “silky three-part harmonies into a captivating blend of soft-rock romance, ’80s pop sparkle, and sultry ’90s R&B,” but they “know how to rock and can even lay down some hip-hop.” Confused? Good. HAIM’s beauty is that the trio loves to experiment with something of everything, so you’re bound to love their work.

On second album “Something To Tell You” and third album “Women In Music Pt. 3” HAIM hits audiences with everything from catchy pop track “Now I’m In It” and the upbeat synth baselines of “Want You Back” to the acoustilay-focused “Man From The Magazine,” (which reminds me entirely of Joni Mitchell.) The sisters sing songs for sunny days and neon nights, with smooth harmonies to pulsing baselines, soft guitar arpeggios to rattling drums.

The girls have also collaborated with the likes of Taylor Swift on their slow, groovy song “Gasoline” and Swift’s twangy storyteller “no body, no crime.” I love these two because they show that HAIM can not only rock, but groove. They don’t just sing a catchy melody, they tell stories. HAIM also dabbled in collaborations with EDM artist Calvin Harris on the song, “Pray to God” and artist Thundercat on the track “3 AM.”

HAIM has a thing for what I call “summer songs.” They hit all year round, but they sound especially good when you can roll down your windows to scream the words or bop your head while walking down the street with headphones on. 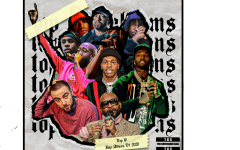 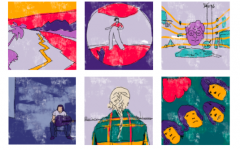 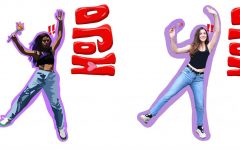