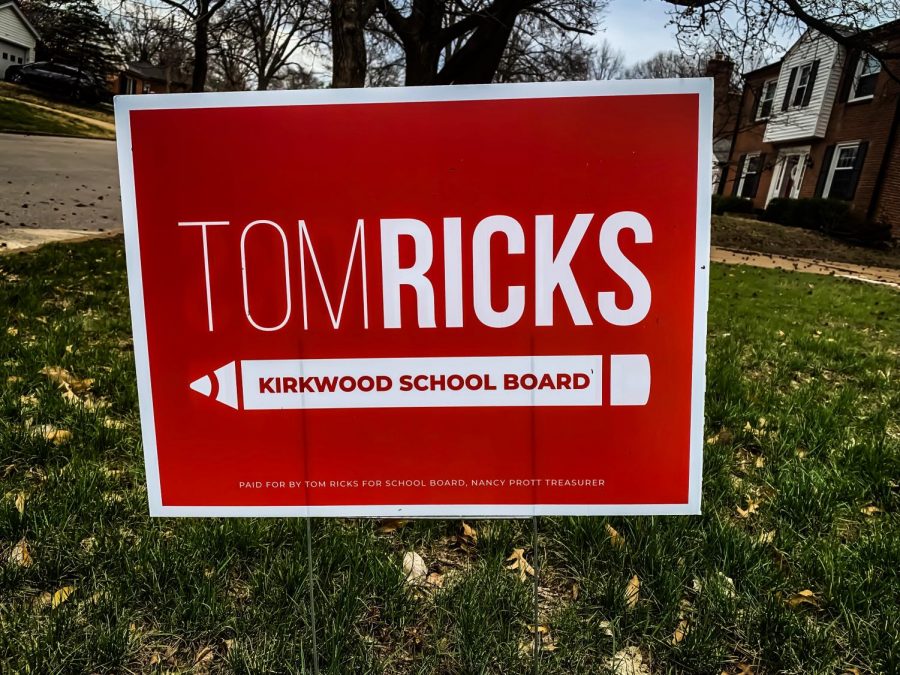 Ricks, lead pastor at Greentree Community Church and Kirkwood School Board candidate, sent a pastoral letter to his congregation in May 2016 which stated homosexuality as a sin.

With the Kirkwood School Board election approaching Tuesday April 2, Jake Lyonfields, a self-described community organizer, made a Facebook post calling to #RejectRicks on Sunday March 24. The “Ricks” in the hashtag refers to Tom Ricks, a candidate for the Kirkwood School Board and the lead pastor at Greentree Community Church. After finding it from STL American journalist Charles Jaco, Lyonfields included a pastoral letter in his post that Ricks sent to his congregation in May 2016 but began surfacing just over a week before the election. Detailing a Christian opposition to homosexuality and transgenderism, the letter began circulating to Kirkwood community members on Facebook.

Ricks’ 2016 letter to the Greentree congregation states that “gay and transgender lifestyles” are sinful and result from a recent cultural shift toward accepting human sexuality. He emphasizes loving LGBT people, saying “every sinner in the world is welcome at Greentree.” Since the initial post, social media has been abuzz with commentary.

“They’ve misrepresented our church, they’ve taken my comments about human sexuality out of context and ignored half of the message which calls everyone to love people equally and respect each other equally,” Ricks said. “I’ve been characterized as a person who hates people who have same-sex attraction. [My faith] tells me to love people unconditionally.”

Lyonfields said he worries that even with mention of love, Ricks’ view of homosexuality as purely sinful would harm LGBT students if he was in a position of power in the district.

“I have a deep concern about the message that [electing Ricks] would send to Kirkwood students,” Lyonfields said. “When a community elevates somebody who has published a letter detailing their beliefs about the immorality of people who are not cisgender, of people who are not straight, then we’re sending a message to queer youth that they don’t belong.”

In addition to the letter, Lyonfields endorsed Darnel Frost and Mark Boyko, the other candidates for Kirkwood School Board, although he is not professionally affiliated with either candidate. Jaco said he is concerned, however, with how Ricks’ religious beliefs would affect his job as a school board member since Ricks also blamed education for acceptance of homosexuality. Ricks said “cultural acceptance of unhealthy sexual expressions that are being endorsed by educators in many of our classrooms” is a “spiritual danger.”

“If Ricks assumes that the Bible is a guide to human sexuality, I can only assume he thinks the Bible is also a guide to biology and astrophysics,” Jaco said. “This is a slippery slope and I think Ricks is very clear about what he believes and the kind of person he would be on the school board.”

In the letter, Ricks said that in political situations “we must not let fear of what others think of us or laws our government may or may not pass drive our position on human sexuality.” Ricks said he takes his faith into everything he does, but that he would never discriminate against anyone in his position as a school board member.

Dr. Michele Condon, KSD superintendent, does not have a comment on the pastoral letter or how religious bias could affect the role of a school board member.

Jaco said the potential implications of a Ricks tenure in office would send a dangerous message to the members of the LGBT community living in Kirkwood. These students have already had a tough enough life, he said. In his Facebook post, Lyonfields cites a statistic from the Trevor Project that states lesbian, gay and bisexual people are five times as likely to attempt suicide than heterosexual ones, and 40 percent of transgender people have attempted suicide.

“While I have certain positions on morals and human choices of conduct, the greatest commandment that I have is to love my neighbor as myself,” Ricks said. “[When talking to someone] with whom I may have a respectful disagreement, I hope I would treat them with kindness and with love in the same way I hope they would treat me if they disagreed with me.”