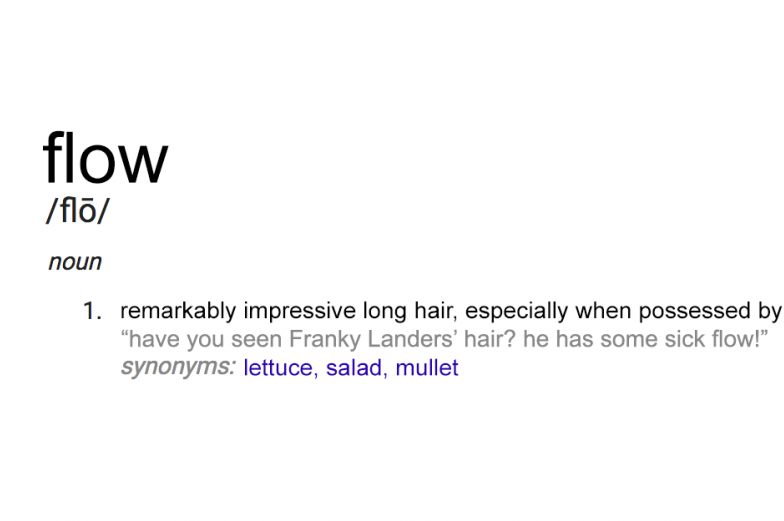 And no honor (besides winning the state title) compares to being honored in the annual All-Hockey Hair Team video.

And no honor (besides winning the state title) compares to being honored in the annual All-Hockey Hair Team video.

For many March the beginning of college basketball’s March Madness, but for the boys on skates in the land of 10,000 lakes, March is the Minnesota High School Hockey tournament. And no honor (besides winning the state title) compares to being honored in the annual All-Hockey Hair Team video. From poofy afros to luscious natural locks, the players bring their A-game to show off for pregame introductions, in an effort to try and strike a spot on the prestigious top-10 best flow in the tournament.

High school hockey in Minnesota is the crème de la crème of high school hockey. Unlike elsewhere in the United States where talented players from isolated hotbeds pay thousands upon thousands of dollars to fly across the country to play against other talented teams, Minnesota players more often than not stay in their small community and play youth all the way through high school against other local teams, not only because the talent is remarkable, but because it is so special in the community. Two years ago, current Buffalo Sabres forward Casey Mittelstadt opted out of playing early for the University of Minnesota, and from playing in the top developmental league in the United States (the USHL), to play for his high school team, Eden Prairie.

To preface, before each game of the televised Minnesota high school hockey state tournament, every player has their own brief intro: five or six seconds of fame. The showmanship became so extraordinary that an anonymous fan, and native of White Bear Lake, MN (as revealed in the 2019 video), began to nominate his favorite flow of the tournament to his “All Hockey Hair team.” Even though his footage from the tournament comes from a camera filming a television set, and the advertisements are plastered together using played out, default iMovie effects, the culture of the video makes up for it all. Some of the videos have racked up over a million views. The uniqueness draws everyone in. It’s a grown man nitpicking high school hockey players’ hair, it doesn’t get better than that than that. 2019’s All Hockey Hair team video was the 10th anniversary of the first video, but sadly the man under the pseudonym “PulltabProductions” is retiring from the game.

The videos have always mentioned the Hendrickson Foundation, an honorable way to leverage the popularity of the videos for good. According to the GoFundMe:

“Started by Larry ‘The Legend’ Hendrickson, simply put the Hendrickson Foundation believes “Hockey Changes Lives.”  They believe it because they see it happen every day as they support sled, special and military hockey throughout the State of Minnesota.”

Here are some of my favorite highlights: