Where are they now: Jonah Roy

Jonah Roy doesn’t use expensive recording equipment or fancy studios. He said his songs were recorded in bedrooms or local studios with friends and collaborators, jackwoods, fellow KHS alum, and Paco, graduate of SLUH. The 20 year-old has already dropped two albums, 2019’s Carpe Diem, during Roy’s senior year at KHS, and 2021’s Floating Head. His latest release was F*ck That which Roy said garnered attention from major LA record labels.

After graduating from KHS in May of 2020, Roy took a gap year before moving to LA. He planned to attend the Los Angeles Recording School (LARS) to master the production skills he needed for his music. During his gap year, Roy noticed the positive impact of the lockdown on his music.

“The coronavirus was a blessing in disguise in the sense that we [jackwoods and Paco] had so much time and energy to put forward toward everything,” Roy said. “After I graduated it was really just getting in the studio with my producer jackwoods and we would make music all the time.”

After moving to Los Angeles, Roy said he canceled his plans to attend the LARS, because he felt that his previous experience taught him production. Instead, he attends the Los Angeles City College part-time, taking classes that expand his skill set while actively recording music. In doing so, Roy said he found the LA music and creative scene was vastly different from his experience in Kirkwood.

“St. Louis is not a place where you see a lot of creativity bouncing around,” Roy said. “It’s hard to find people that are in the same mindset as you. So moving to LA was like a complete 360 because damn near everyone you meet is making music. A good 80-90% of people I meet are in a creative field.”

During his time in LA, Roy collaborated with other artists and used skills he learned in his classes to improve his music. After working with friends in the studio in LA, he was able to use his new sound to create his first album since graduation, Floating Head.

“I think on Floating Head I wrote more about stuff that was going on in my life,” Roy said. “Carpe Diem had a lot of placeholder [lyrics]. But in Floating Head, I was really trying to put my feelings and myself out there. When it comes to instrumentals, you can see the difference. [It] just came with time, and me and jackwoods constantly experimenting, constantly getting better at making music.”

A year ago Roy was playing in abandoned malls and rooftops. Last month he played in the Duck Room at Blueberry Hill, whose stage has seen the faces of John Legend, Chuck Berry and The Lumineers. Skylar O’Brien, KHS senior, attended both the abandoned mall and Blueberry Hill concert.

“[His music] has definitely gotten better,” O’Brien said. “If I were to hear his music now I would think he was [an LA artist] on the radio. His vocal range is amazing. It reminds me of Mac DeMarco.”

Despite his time in Los Angeles, Roy still has Kirkwood pride. He attributes his success to the environment that Kirkwood supplied and recalled the community’s support of Carpe Diem as a motivating factor in pursuing a career in music.

“​​Kirkwood had my back,” Roy said. “Kirkwood’s the reason I am who I am today.”

Jacob Melsha was just another one of the 600 students that participated in KSD’s seven-school band program. Until he wasn’t. When he became one of the 6.7% of applicants to be accepted to the Juilliard School in Manhattan, one of America’s most prestigious musical institutions. After graduation, Melsha made the trip from suburban Kirkwood, MO, to America’s largest metropolis, to attend the Juilliard School, and begin a career in music.

“Melsha was an outstanding musician, and even a better young gentleman,” KHS Choir teacher David Cannon said. “He really excelled at music, not only as a trombonist, but also as a singer. You could see potential from the get go.”

At Juilliard, Melsha is currently finishing his master’s program and evaluating job opportunities that will help him see success as a musician. When his teacher is out, Melsha takes his spot at the Jazz at Lincoln Center, who his next tour will be with. Melsha said the music scene at Juilliard was a culture shock when he first left the suburbs of Kirkwood.

“The first couple years at Juilliard were kind of dark [because of the] move from Kirkwood to Manhattan,” Melsha said. “You go from being a relatively large fish in a small pond in Kirkwood to being just another aspiring musician in New York. It took me a long time to feel like I belonged, [especially] when everyone around me was so incredible.”

His favorite musical style is jazz in the 1940s through 60s. Melsha said that each musician has their own “voice” with different rhythm and harmonic styles. In a competitive and small community like Julliard, he said this was a key discovery in getting over his imposter’s syndrome, which made him question his talent compared to the musicians surrounding him.

“I had to tell myself very quickly that we all play very differently, especially in jazz,” Melsha said. “Everyone has their own voice, whether rhythmically or harmonically. Just because I didn’t sound like other kids didn’t mean I was bad, it just meant I had a different [musical] vocabulary. In the beginning I was getting demolished by seniors, but that’s okay, growth is quick.”

Melsha said he channels other aspects of life, like his passion for social justice, into his music and original compositions he has written. He campaigned for Bernie Sanders and Cori Bush, as well as advocated for the Black Lives Matter movement.

“​​I did a week at Jazz at Lincoln Center right before COVID in January 2020, which was all original music or original arrangements of songs inspired by social justice movements.” Melsha said. “We did songs that I had written, or songs that were already existing, like a Herbie Hancock tune called, ‘I Have a Dream.’ I’m also exploring ways in which you could be an activist through your music.”

As Melsha nears graduation from his master’s program at Juilliard, he said he’s evaluating his next steps. To make a living in music, he’s considering several options.

“In four months, I’ll be done with school completely, and then I have to figure out how I am going to thrive as a musician in New York,”

Melsha said. “Education will definitely be a part of my career in some way. I’d love to continue to tour with the groups that I’ve been able to work with, as well as find my way into some new musical communities. I’m [also] interested in trying to play Broadway pits, that’s a world that I’d love to get into. Building back after COVID has been an incredible experience, getting to work more as a professional musician.” 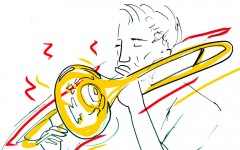 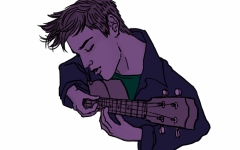 The magic of music in the time of COVID