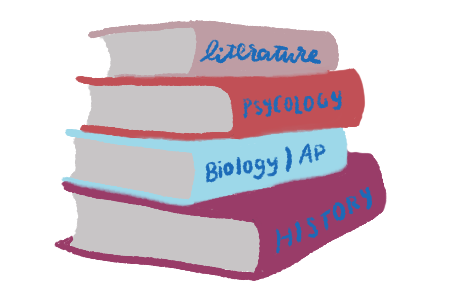 School work stacks up for many students around finals week.

Call Ed: The case for finals

Final exams have always been used in higher education to test for overall understanding of course content. But each year the testing season raises controversy. The grades on these crucial exams have the potential to significantly sway a cumulative grade that a student has earned over the course of the semester, for better or worse, raising the annual question: is the final exam system best for students? However, while it may not seem so at the time, finals can help students by giving them experience they will need for the future. Since the benefits of finals testing outweigh the costs, 70% (51/72) of TKC staff believes that finals week should not be made easier on students.

As the days grow shorter, the temperatures colder and holiday music begins to drift through grocery store aisles, students anxiously approach the last obstacle before the comfort of winter break: finals. Study sessions and stress mark the end of the semester as students prepare for a week-long marathon of testing. This year, with the added complication of several snow days, there was a student-led petition pushing for KHS to make finals risk-free (meaning they would only have the potential to help your grade). The petition quickly collected over 2,000 signatures urging the school to make the switch. The prospect of a less stressful finals week is clearly popular among students, but it may not ultimately be in your best interest. If KHS were to shield students from the pressure of testing, it would leave them unprepared for the challenges they will face in college and later in the workforce.

The prospect of a less stressful finals week is clearly popular among students, but it may not ultimately be in your best interest.”

KHS policy mandates that every class gives a midterm and all classes give an end-of-year exam with the exception of AP courses, in which teachers may allow students to opt for the AP exam instead of a final. There are no district regulations on how an assessment is formatted or how it should be weighted as long as it is consistent across classes of the same course. According to Dr. Mike Havener, principal, teachers are increasingly switching to project or presentation-based assessments rather than traditional written exams. Havener also said that even though finals are mandated, most KHS teachers consider the final exams an important part of their curriculum as it is a measure of overall course mastery, and would choose to implement them regardless. Many teachers see the tests not only as a metric for how well their students are grasping the material, but as an exercise to prepare for their future beyond high school. In part because final exams require similar skills to standardized tests like the ACT and SAT, such as concept application and sustained focus. According to data from the national Fair Test organization, 87% of colleges require that students report standardized test scores in their application. Therefore it’s crucial that students perform as well as possible on these tests. In some ways, finals build the skills you will need to achieve high scores on standardized tests in order to get into college.

Though a test weighed anywhere from 10 to 30% of the semester grade may seem steep, that is low compared to the exams you will likely take in college. At times, a grade in a college course may be determined entirely by your performance on finals and major tests. If KHS were to change finals to have less impact on grades, the transition to college would come as an even bigger shock to students. Just think back to how nervous you felt approaching your first ever finals week freshman year. With each year you likely feel more comfortable with the testing season, knowing what to expect. Having this experience for the first time in college would only delay the inevitable, pushing you into rigorous testing without knowing what to expect or how to prepare. While less impactful finals could ease anxiety temporarily, it may cause more stress down the road when students find themselves taking high-stakes tests in college.

It’s tempting to argue that finals are not a real-world situation, to say that it’s not reasonable or realistic for a two-hour period to define your semester, but the truth is that even beyond college, you will likely be tested in these high-pressure settings. Whether it’s a project on a tight deadline or an important pitch, your career is often defined by how you perform in these critical moments. In this way, finals not only prepare students for future academic testing, they build the skills to succeed in a professional career. So this semester, as you near summer vacation resentful of the final hurdle before months of sun-soaked relaxation, consider what you will gain from those last exams. Ultimately, the stress they cause now is well worth the preparation they provide for the future, so perhaps it’s best that we consider finals a necessary evil. 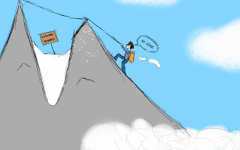 Snow day woes: a call for Kirkwood to adapt finals 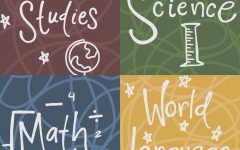 Here are the Quizlets for all of your finals 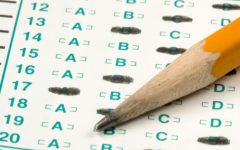