Original story by Johanna Dus appeared in The Call, September 25, 1989.

Closing the smoking area by 1990 and banning smoking on campus for students, faculty and visitors is still on Principal Franklin McCallie’s agenda.

“Smoking is killing us,” McCallie said. “Because it is a serious health problem, we need to do our part.”

McCallie admits that banning smoking will present problems. He envisions both students and staff resorting to “hiding and smoking because they are addicted.”

Statistics show that most smokers started before the age of 21. This is one of the reasons Sen. Frank Lautenberg (D) has introduced a new bill in Washington to restrict smoking for minors.

McCallie supports the bill and wants a smoke-free campus. However, he does not plan on taking action to curb smoking until the board of education supports his efforts. Last year, Rachel McCallie, who was the Student Council President, presented the board with a plan designed to phase out smoking on campus in two years.

This plan included having students attend various presentations on the dangers of smoking and having to obtain a pass to smoke in the smoking area. However, the board did not act on the proposal.

“It’s not forgotten. We just haven’t gotten around to it. With so many things going on we can’t act on everything instantly,” Marilyn Stewart, board member, said.

“We have talked about outlawing smoking for years and no one has done anything,” Brent Sutter, student council president, said. “It’s my goal to go before the board again this year and try to get it [en]act[ed].” Although the board is very busy, many members think they should close the smoking area.

“I”m in favor of eliminating smoking for everybody, but I think it would be hard to enforce.” Bob Edmund, board member, agrees with Travis.

Students have mixed opinions about closing the smoking area.

“I’d like to see the smoking area closed,” Katy Leyhe, junior, said. “I don’t like smoking, and I don’t like it when the smokers smoke out of their area.”

“Smoking is pretty much our right, and most schools allow their students to smoke,” Gus Nanos, senior, said. “If our smoking right is taken away, we would find some other place to smoke at school.”

“I know I won’t stop smoking at school if the smoking area is closed,” Anne Ochampaugh, junior, said. “And the people I know won’t either.” 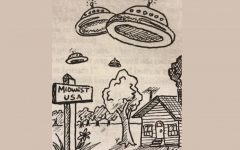 From the Vault: KHS should prepare for aliens 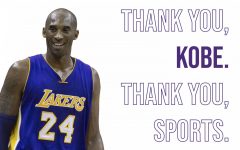 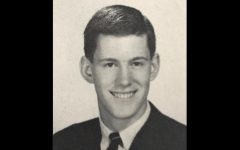 From the Vault: Vietnam veteran reflects on war as waste